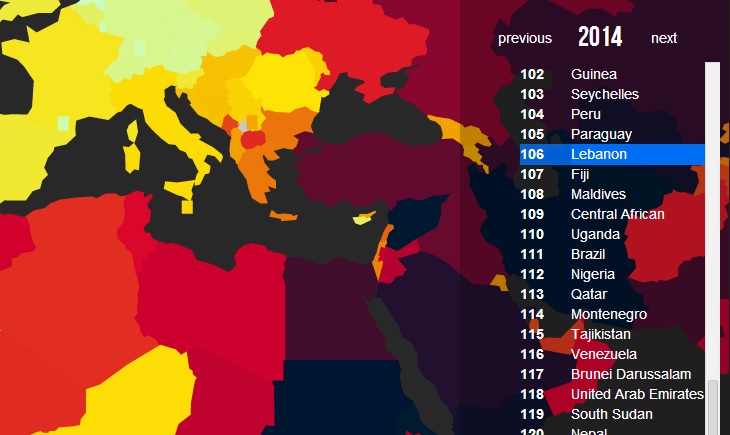 Here’s the list of Arab Countries and their respective ranking:

Lebanon had dropped 8 spots last year and 5 more spots this year. You can check the full report and World map [Here].

In Lebanon, where the media serve as the propaganda outlets of businessmen and politicians, the Syrian conflict has consolidated the existing fault line between media allied with “8 March” (the mainly Shiite movement supported by Tehran and Damascus) and media allied with “14 March” (the mainly Sunni coalition supported by Saudi Arabia against Damascus). This polarization between media that support and oppose the Syrian government has reinforced Lebanon’s social and political polarization.