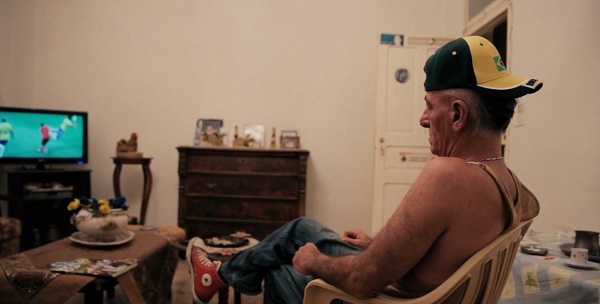 A movie about war and football and the power of forgiveness. I loved the trailer and I think this should be made into a proper film not just a short one. The release date was apparently yesterday in Poland but I’m not sure where and when it will released in Lebanon. I also checked the BIFF screening schedule and it’s not on the list.

If anyone has further info regarding this movie’s release date, please let me know.

Beirut, on the eve of the 2014 Fifa World Cup, two battle hardened veterans – a Christian and a Muslim – who fought each other in the Lebanese civil war prepare to support their favorite team Brazil. More than just a celebration, the tournament will offer them a chance to unite around a game despite all that has gone wrong.

See Also:A lesson for all the Lebanese ...
Posted By Najib
Categories LEBANON,MOVIES & TELEVISION