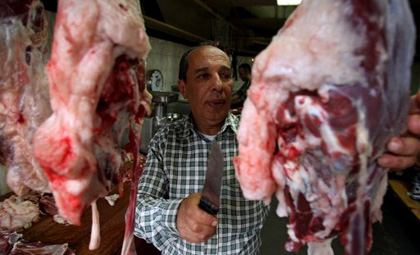 Following the national uproar in Lebanon when large amounts of rotten meat and dairy were found at some of Beirutâ€™s top restaurants and supermarkets, researchers at the American University of Beirut (AUB) carried out a study on levels of bacterial contamination in Lebanonâ€™s meat and dairy products. The lead researcher and environmentalist Rabih Kamleh explains how the findings reveal worrying levels of harmful pathogenic microorganisms such as Salmonella , Listeria and Escherichia Coli in Lebanese food. As far as dangers go, cheese â€œsmellsâ€ the worst.

Water is at the base of any type of consumption or production process, especially for food supplies. If this source is highly contaminated Lebanon risks a severe public health hazard, as the food supply now becomes a potential vehicle for the transmission of many resistant bacterial pathogens .