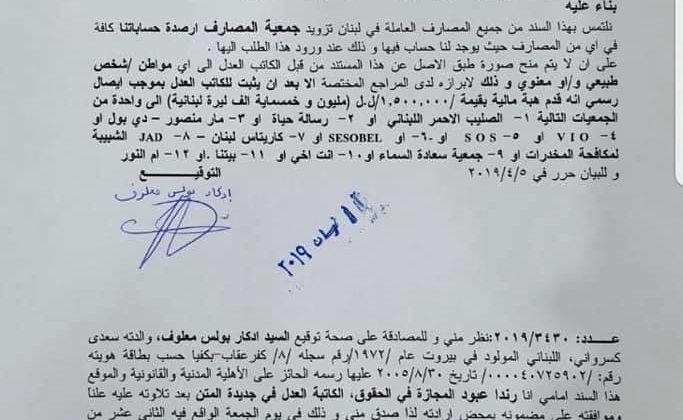 Several MPs are planning to head down to the parliament to submit letters lifting the bank secrecy off their accounts and accounts of their families here and abroad. I think we should welcome this step, and ALL politicians should submit the same letter, but these steps should not be confused with the imminent need for this government to resign.

Moreover, and assuming these MPs are genuine about their letters, we need an independent judiciary committee to study their files and all others. More importantly, bank secrecy is not enough as this covers the money only, while the “stolen money” can be in companies, real estate, cars, stocks and bonds, government bonds, accounts of partners, advisors and others.

If you have $10,000 in your account but own twenty houses, that doesn’t mean you didn’t steal money. Similarly, if you abused your position as a minister or MP and spend government money where it’s not meant to be spent, that’s also stolen money that we want back. The worst part are those who took advantage of some financial re-engineerings and government bids to pocket tens and hundreds of millions.

So all in all, we need the anti-corruption laws to pass with the establishment of an independent judiciary committee, but more importantly, we need a NEW government with competent and incorruptible individuals capable of following through with these laws and making sure they are applied to ALL. The last thing we need are biased judges looking for scapegoats and MPs pulling publicity stunts.