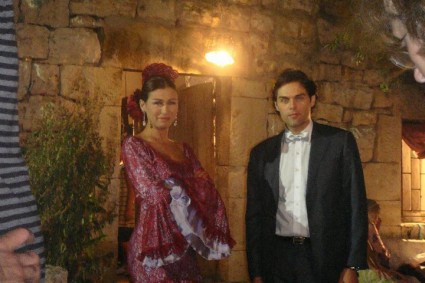 This new trend of Turkish Syrian-translated series and now Lebanese series is seriously starting to get on my nerves. Everytime I go back home, all the family is hooked on those series, even my dad which is quite sad.

Few weeks back, I was in my room when I heard the most annoying song ever on TV, turns out it is the song for Louna, a new Lebanese series. The song is just horrible and goes on for 5 freakin’ minutes, but no one from the Louna lovers seems to mind it.

So what I decided to do is put it as a ringtone until I make everyone “yel3ano el se3a li 7abbouwa”.

You can download it from the FB group for Lebanese series (yeah they have a group for that too now!). If you are also in the mood of listening to terrible Lebanese singers, check out this Lebanese dude called Pavo sing I feel good on MTV’s new show. Kudos to Grace Deeb though, she has a great voice!