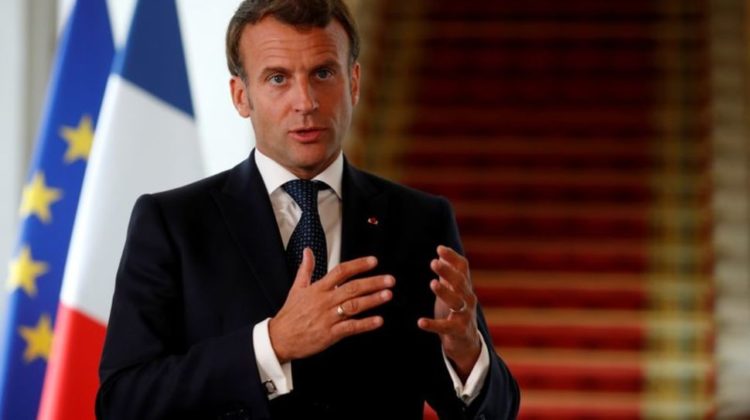 France’s youngest president ever Emmanuel Macron held a news conference today to discuss the situation in Lebanon and accused the country’s political leaders of collective betrayal for failing to form a government within the agreed-on deadline.

I’m pretty sure Macron is smart enough to know his plan had no chances of working out, because he’s asking those in power, those responsible of decades of theft, corruption & incompetence, to admit they did wrong, and hold each other accountable. On top of all that, Macron is treating Hezbollah as a terrorist party, his American ally just sanctioned a key Amal figure, and he expects them to comply with his plan.

Macron gave Lebanon’s political class another four to six weeks to get things in order, which unsurprisingly coincides with the US elections on November 3rd. Many will argue that this is not related, and that Iran & the US are not interfering with Lebanese politics, but even if they are, it won’t change the fact that we will NEVER recover from this crisis with those parties still in power.

Even if the Shiite duo had “allowed” the new PM to designate the finance minister, we would have had a government that might have gotten some funds from the World Bank with France’s help, and sooner or later, these funds would evaporate into the pockets of the ruling parties.

It’s really as simple as that:

– As long as there are “militias” & mafias controlling the country, we will never have fair & free elections, hence no democratic elections and no real representation.
– As long as our judiciary system is appointed by those same people, we will never have accountability.
– Even if by miracle, we get a government of honest & competent technocrats, they won’t be able to do sh*t without the Parliament & judiciary power approval, so we’re stuck in a vicious circle.
– Imposing sanctions is harmful, but not to parties with suspicious sources of income or businesses. Those who have been stealing billions for years will know how to hide their money.

Also and more importantly, the elephant in the room is obviously Hezbollah in Lebanon, but the real problem is that those opposing it are not fit as well to lead Lebanon out of this mess. So in other terms:
– If Amal & Hezbollah ministers are not fit, Hariri or a Sunnite PM appointing the Shiite ministers will not solve the problem.
– If Bassil & his clan have failed in every possible aspect in the last few years, bringing in Christian ministers from the Lebanese Forces or Kataeb will not turn this failure into success.
– If Aoun has failed as a president, don’t expect Frangieh to do any better.
– If Jumblatt ministers are bad, wait till you see what Irslan & Wahhab are capable of.
And the list goes on …

So to sum things up, the Macron initiative can NEVER work because he’s asking those in power to shoot themselves in the foot, and someone should tell the French President they’d rather start a new civil war than let their empires crumble.

They control the security forces, the state, the banks, the central banks, the government agencies. They’ve recruited hundreds of thousands of their partisans in governmental institutions. The October revolution was a real chance to turn the table but all parties teamed up to crush it by all means necessary, and they’re still going after it.

I don’t know what will happen after US elections are over, I don’t know if Macron has other plans in mind, but what’s clear is that playing nice doesn’t work anymore, and playing rough could get the country into another bloody war. The sure thing is that every honest and hard-working Lebanese is considering leaving or has already left the country.

Will the Lebanese ruling parties start acting responsibly and realize they need to fix the mess we’re in? Will they collectively accept the blame and start by reforming their own parties before anyone else? Will they stop relying on foreign parties and talk to each other for a change? Or should we wait for another “shock” event to see a real change happen?

Time will tell, but if history has taught us anything, it’s that they won’t.