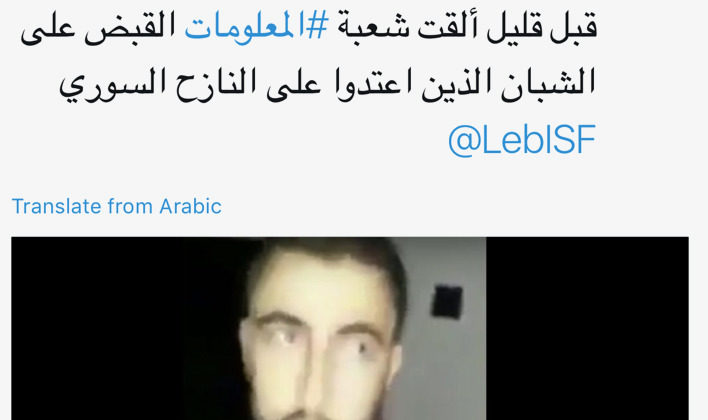 Interior Minister Machnouk tweeted this morning that the Lebanese (?) men who assaulted and humiliated A Syrian man the other day and shared the video on Facebook. The video emerged following an anti-Lebanese army campaign that was led by a hateful and racist FB group whose job was to fuel tensions between Lebanese & Syrian refugees.

Acts of violence and hate crimes against Syrians and other nationalities are not new in Lebanon but they should NEVER be tolerated and those who commit them should be charged for our own sake first and foremost.