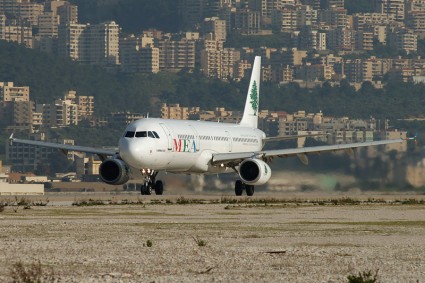 After promising to take “severe disciplinary actions” on Tuesday against the two staff members involved in a racist incident, MEA stated today that it fired one of the two employees over racist allegations. [DailyStar]

For those of you who missed it, you can read the whole story [Here].

To be honest, I was informed of the incident but didn’t post about it because I strongly believe the problem will not be solved by pointing out random incidents from time to time, for this is not an isolated case but “a wide-ranging and systemic problem”, as Mustapha argues.

It’s good to hear that MEA has responded positively to this incident by firing the female employee (whose name was not mentioned for some reason), but this doesn’t meant such incidents won’t be repeated in a more discreet manner.

Only yesterday tens of Syrian workers were attacked in their residences in Achrafieh and beaten brutally for no reason whatsoever and no one bothered even mentioning it or signing a petition for it. The same happened with Sudanese workers who went on a hunger strike yet no reaction whatsoever. Add to that the Ethiopian maid who was beaten up in front of her embassy, the racist beach resorts and the list goes on and on …

Racism is a major problem in Lebanon and it should be dealt with by raising awareness, providing trainings and banning such practices inside schools, companies, banks, governmental institutions etc …

Also and more importantly, parents should raise their children to respect others no matter what their races, colors or religions are.