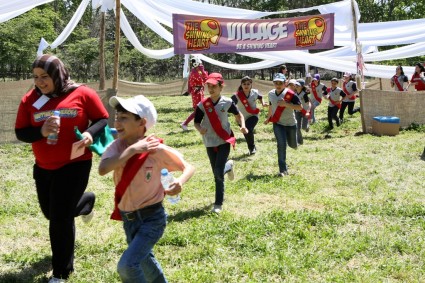 The Happiness Heroes initiative that was initiated in May 2011 and I introduced back then finally came to an end few weeks ago with a fun-filled fair held in Taanayel which brought together over 1000 children in a full day of entertainment and activities.

Here are few excerpts from the Press Release defining the campaign and listing its achievements:

The program, developed in collaboration with arcenciel, consisted of a competition between various students in 30 schools throughout Lebanon, encouraging them to volunteer in six projects to safeguard the ecosystem, protect the environment, provide social support to families in need, or help the elderly and people with special requirements.

These kinds of CSR programs are key to building a better future for Lebanon and its youth. Responsible companies, like Picon, have the ability to change the way things are going for the better.

Local hero Maxime Chaya surprised the children with a guest appearance and shared various inspirational stories with them, just before awarding the 7 victorious schools with honorary medals.

With the missions coming to an end for this year, Bel Group, represented by Picon, can proudly claim to have produced an enormous number of young heroes in Lebanon. As a result, the initiative inspired them to become more actively involved in their community with the newfound belief that even the smallest action can have a tremendous and positive impact on the lives of the Lebanese.

I cannot but applaud Picon, the participating schools and all the organizing parties behind this campaign because there is an imminent need for companies and organizations to be more socially responsible and spread awareness, solidarity and love among young Lebanese generations to keep them away from becoming victims of our rotten and sectarian political system.

It is very refreshing to see young students actively involved in helping out the elderly, the poor, the disabled, and taking care of our environment rather than yell political chants at some local party’s rally.

Having said that, I was looking forward to participating in one of the events but the one I was able to go to got postponed for some reason. Nevertheless, it seems that Picon’s heroes will be back next year on a new quest so I will have a second chance to be part of this great initiative. 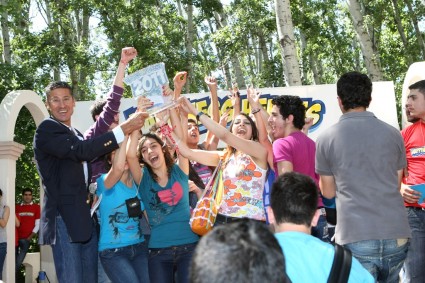