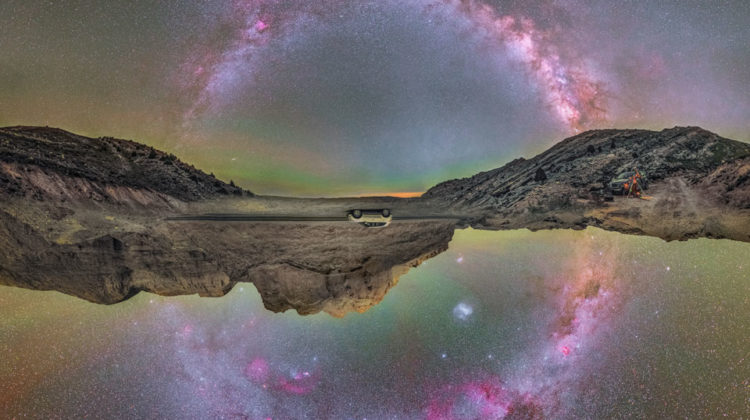 Lebanese Astrophotographer Moophz has been producing some awesome shots over the years, yet his latest attempt at achieving a complete perspective of the galactic plane observed throughout all year long has earned him a special feature as NASA’s APOD (astronomy picture of the day) on March 13.

Here’s how he explained it:

Breaking time / Bending space 🇱🇧 🇨🇱 – a complete perspective of the galactic plane
For the purpose of achieving a complete perspective of the galactic plane observed throughout the year, this image is the combination of two panoramas collected from two latitude-opposed locations and separated by 6 months.
The northern hemisphere part (top one) was captured in Lebanon, on 21/06/2017
The southern hemisphere part (bottom one) was captured in Chile, on 26/12/2017
In both space-time conditions, the Milky Way arc was passing through the zenith, assuring a maximum coverage across the sky, hence the perfect circular shape of the galactic plane upon combination.
As for the air glow, it appears to be originating from the same direction in both panoramas, just enough to satisfy my OCD.
Camera settings:
Lebanon: Canon 6D mod UV-IR cut, Sigma Art 24mm, ISO-10000, 12s, @F/2.2
Chile: Canon 6D UV-IR mod cut, Sigma Art 20mm, ISO-10000, 15s, @F/2.5
Processing workflow: Photos processed with Adobe Lightroom, both panorama were individually stitched using PTGui, then stitched together with Adobe Photoshop CS6 using the gradient mask tool.

And here’s the shot below. 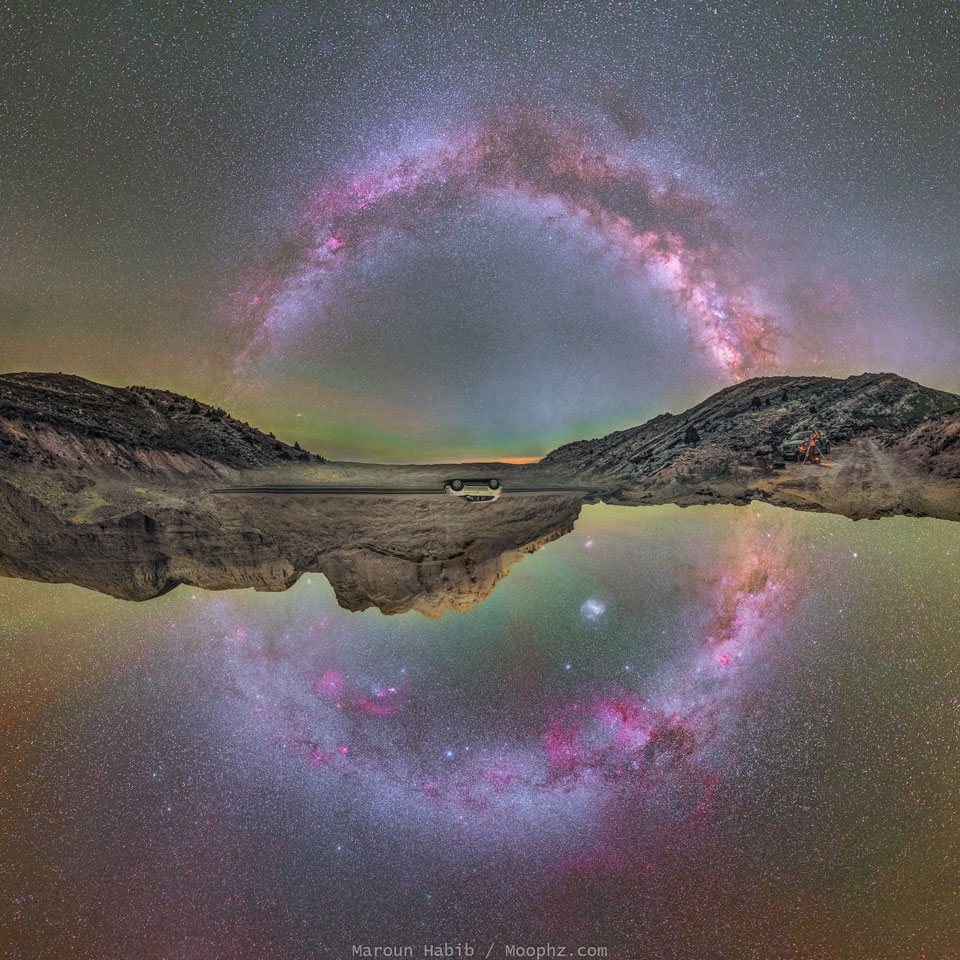