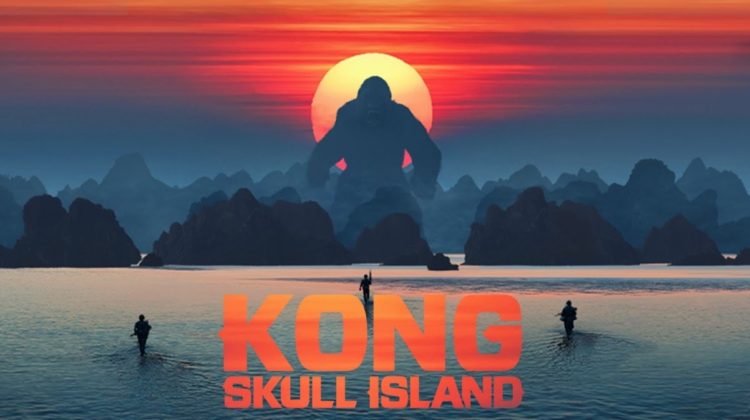 If you’ve seen the Kong Skull Island trailer, you probably felt it was awesomely brutal and action-packed. Well, wait till you see the entire movie… I went to the special screening of Kong Skull Island at VOX yesterday, and the first thing that comes to mind is that it absolutely did not disappoint, from start to finish. I mean, even the post-credits scene was an epic one, and teased for the upcoming epic battle between Godzilla and Kong (that’s coming in 2020?)

Kong Skull Island follows a team of explorers and soldiers on a scientific expedition in 1971 to an island in uncharted waters that rumors say is home to prehistoric, gargantuan creatures. The movie roster includes heavyweights like Tom Hiddleston as Captain James Conrad, Brie Larson as Mason Weaver, Samuel Jackson as Lieutenant Colonel Packard as well as John Goddman and John C. Reilly.

The movie is so fast-paced and action-packed, that you’d think I’m lying if I told you its a whopping 120 minutes long. It never gets boring or stagnant, with the fight only escalating with time, becoming bigger and more brutal throughout. Going in, I was expecting Kong to fight the humans, but as it turns out, he’s fighting all the gigantic, creepy creatures on that island, which was a million times better in my humble opinion. At the beginning, the humans confront Kong, and he can easily take their bullets, rockets and bombs before engaging in battle with other gigantic creatures on the island, culminating with the most epic battle with a giant lizard.

The movie is an example of great filmmaking. The cinematography is awesome and the frames and scenery are breath-taking. There’s also a lot of humor and funny one-line zingers that give a much-needed, light-hearted break from the intense, brutal fight scenes. The action sequences are well developed to show even the most minute detail, not the usual fast and blurry, barely noticeable fight scenes. The attention to detail is amazing, especially when it comes to depicting the Vietnam War era and army life. The special effects and computer-generated imagery worked brilliantly as well. One thing I found weird though was the continuous close-ups on Samuel Jackon’s face, there were like 4 or 5 of them which were pretty random. Then again, maybe the cameraman was expecting him to spontaneously recite his iconic “Snakes on a Plane” or “Pulp Fiction” lines…

Everything about Kong Skull Island was epic and original, and a beautiful spin on a classic character and story. I don’t know if it will have the lasting impact of the original King Kong but it’s definitely a movie I’d watch more than once.