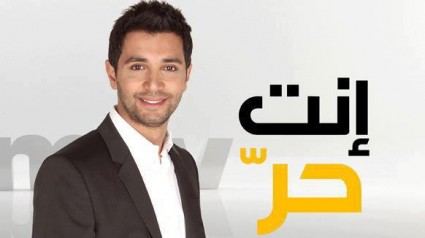 The last episode of Joe Maalouf’s Enta Horr was probably the first episode I watched fully and ironically turned out to be the last one as MTV decided to stop the show and fire Joe Maalouf.

To be honest, I am not surprised that MTV took this decision, but like I said before and if the rumors are true, the way Maalouf was kicked out was improper and disrespectful. Earlier today, Gino posted details of what happened between MTV and Enta Horr which I believe are accurate enough from what I heard, while Elie’s claim that Maalouf’s pro-LGBT stance was the reason he got fired seems a bit far-fetched to me.

While both stories may turn out to be true, I think we should look back at all the controversial topics Maalouf covered and see how many times he committed unforgivable mistakes and flops that caused waves of protest and even hatred and disgust against MTV and Maalouf. Since most of us Lebanese have a tendency to forget quickly, I will remind you of some of them:

1- Antoura’s sexual harassment case where Joe Maalouf revealed the names of the victims on TV and against some of the parents’ will.

3- The brothel Enta Horr unveiled in Sarba while ignoring the tens of them in well known places in Maameltein and other regions.

4- Filing a lawsuit against a Lebanese Blogger and scrapping it later on.

5- Equaling metal music with satanism in one of his episodes.

Despite all these mistakes that probably were disastrous to MTV’s image, they never fired him but things must have accumulated and the latest incident was the tip of the iceberg and like everything in this country, there were politics involved. After all, TVs are all about ratings and I don’t recall that many people talking positively about this show. However and to be clear on this, I really think the whole concept behind this show is very smart and the intel Maalouf was getting was quite impressive but the show in itself wasn’t well prepared IMHO and the host from what I’ve seen wasn’t convincing in his approach neither to MTV nor to TV viewers.

Funnily enough, when May Hariri got into a dispute with MTV, I don’t recall that many people defending her even though both parties might have been wrong.

All in all, I don’t know why the show all of a sudden got everyone’s attention even though most of the online community used to criticize Maalouf and Enta Horr. If Joe wants to run his show somewhere else, I hope he takes into consideration the several remarks bloggers and the online community have expressed throughout all his episodes. If not, then I hope MTV will bring back the show with another host as it’s worth keeping.