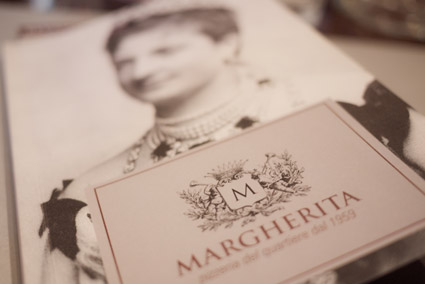 After Chahe posted his Margherita review I decided to pass by and try it out. I’m a huge pizza fan and love the fact we have a lot of good pizza in Lebanon so I was curious to see how Margherita compared with the rest. Location isn’t Margherita’s strong point, I mean it’s located on the main Gemmayze street which is great except for the fact parking is impossible to find both during the day and night. I ended up going there for lunch but still had to park on another street and a few blocks down. Luckily the weather was great so I didn’t mind walking. 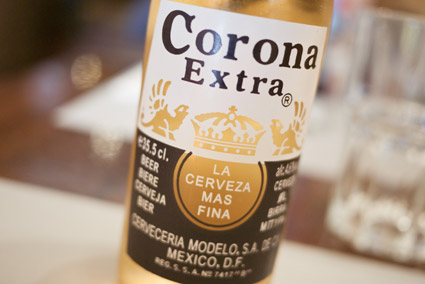 I loved the interior of the place. When you first walk in you have a large bar on the left side of the shop with a pizza oven at the end, on the right hand side you have three tall square tables with two bar stools each. At the end of this room are a few steps that take you into another large squarish room that is filled with regular tables and chairs. Because the restaurant isn’t that big the tables are pretty close together which is fine but like Chahe mentioned, smoking is allowed inside the restaurant and if you’re not a smoker it would be extremely annoying sitting that close to someone that’s smoking. There were maybe only two tables occupied but I decided I would rather sit on the tall square tables opposite the pizza oven since I would have more natural daylight to light up my shots. 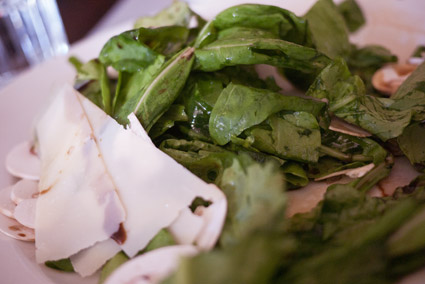 I ordered a bottle of ice cold Corona, a large bottle of water, an argula with mushroom and balsamic salad for starters and a mushroom pizza with ham for my main course. The waiter was very friendly and social. We asked him a bunch of questions about the place and he never seemed annoyed or unhelpful, if anything he was actually very entertaining. I had to ask him if they had ketchup which I know is a sin to put on a pizza but I love ketchup on pizza. Of course they didn’t allow ketchup which was a bit disappointing but at least it made me feel the place was trying to be authentic. The owner it turns out is Italian which again adds more authenticity to the place. 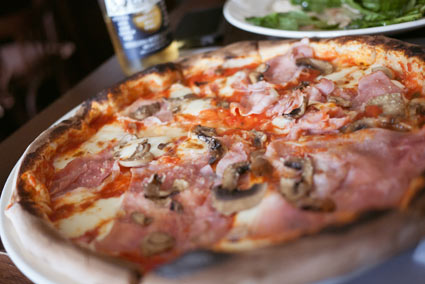 Once the food arrived I quickly dug in. The salad was great although truthfully it’s a simple salad and very hard to get wrong. The pizza was good but I thought there was too much ham which overpowered all the other flavors. If I was to base my review on that pizza alone I would say it was fairly decent but that wouldn’t be fair since they might have better pizzas. Personally I would go back there again and order the same pizza next time but without the ham and more mushrooms. I had a positive experience overall it’s just that I was expecting my pizza to be better so might update this post in the future once I go back and try something else. My bill came out to be around $28.