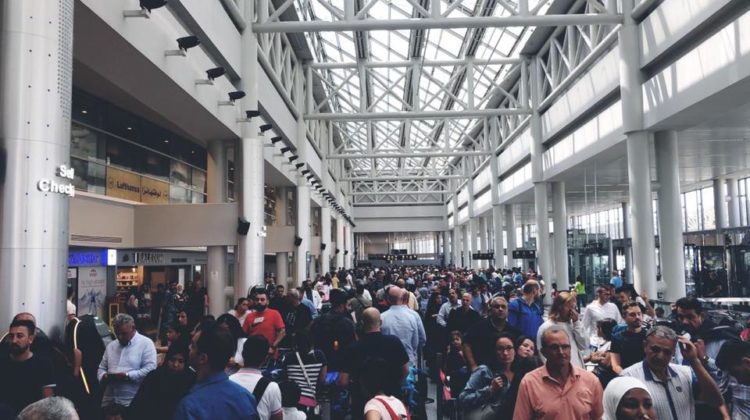 Every year around the same time, passengers leaving Beirut go through hell to get to their gates on time. Last week marked the highest number of passengers leaving RHIA in Lebanon’s history, peaking at 23,500 yesterday according to Public Works Minister Fenianos. Such numbers should be a good indicator in theory, as it means we got more tourists this summer but we also need to take into consideration the number of pilgrims flying to Saudi Arabia.

Minister Fenianos tweeted yesterday praising these high numbers and thanking Interior Minister Hassan for her efforts. He then continued to hint at “others” for not being grateful at the efforts being made, as if passengers are to blame for the lack of preparedness and incompetence of bodies handling the airport expansion and managing the departures.

Who cares about numbers when people are stranded for hours in so-called lines with no ventilation and no assistance to people in need or pregnant women? When airport officers are still smoking inside the airport? When the only place to buy coffee and food has outrageous prices? When we’ve been hearing about expansions for the past three years without any real changes? When airport taxis are a rip off and we’re welcomed by garbage smells? And the list goes on..

Yes we get stranded all over the world in overcrowded airports, but most of the time we’re offered free internet, a variety of rest areas, shops and cafes to sit in, and professional assistance at every corner especially if we have kids. There are no excuses for what’s happening at Beirut’s airport, except corruption and incompetence.