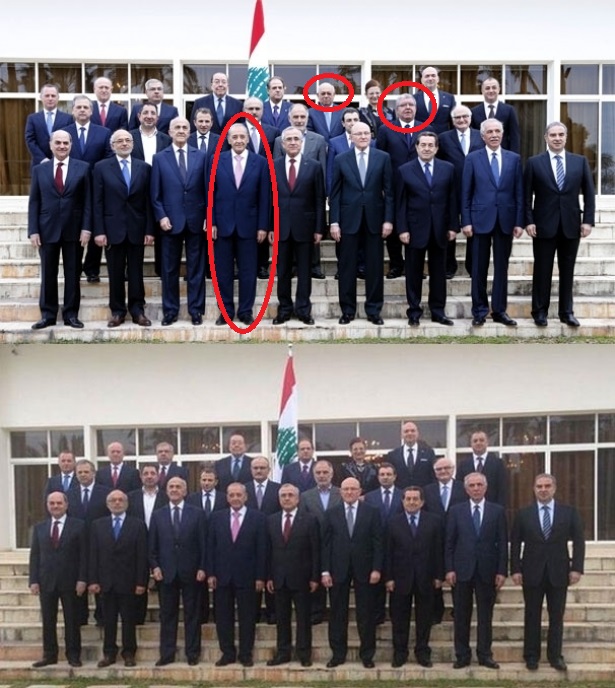 According to Annahar, Ministers Nohad el Machnouk and Rachid Derbas were late for the first picture and by the time they arrived, Parliament Speaker Nabih Berri had left, so they decided to take another picture with all the ministers and someone filling in Berri’s place then photoshop Berri into it.

I have to say I didn’t expect a new government to see the light, and I am quite saddened that we couldn’t break Belgium’s word record of 589 days without a government. That would have been quite the achievement!