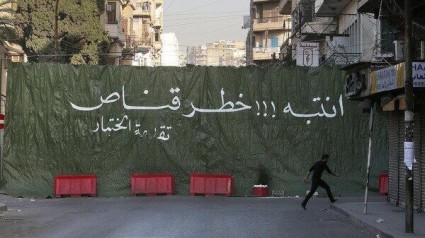 The heads of the armed groups in Tripoli (Aka قادة المحاور) held a meeting earlier this morning and agreed to install new signs across Tripoli to keep civilians away from the dangerous zones. This agreement was praised by all militiamen and specially snipers who won’t be responsible anymore for shooting innocent civilians if these civilians were trespassing on sniper property. One of the militiamen expressed his joy by donating a huge banner to alert the citizens of snipers before the sign is placed.

The Lebanese Authorities hailed this agreement and asked Tripoli residents to respect the new signs and stop blaming the armed groups for endangering their lives. They also promised to finance part of their installation. 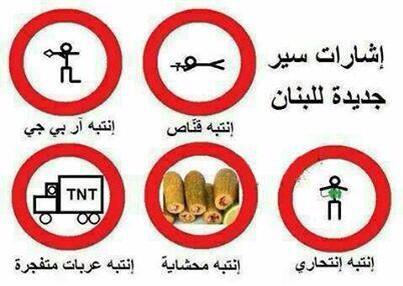