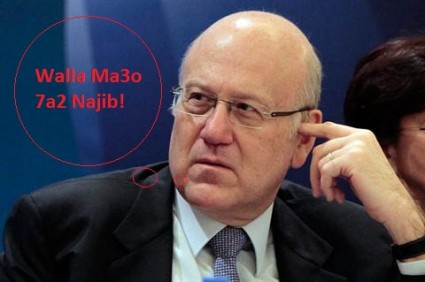 Prime Minister Najib Miqati announced readiness on Wednesday to reexamine a government decision to increase the public sector’s salaries after criticism over the boost in the wages of the country’s top three leaders, ministers and lawmakers, Information Minister Walid al-Daouq said. [Naharnet]

There’s nothing to re-examine in this decision. Lebanon’s top three leaders, ministers and lawmarkers should not be getting any raise and should be exempted from the law. If anything, their salaries should be cut in half to help boost the Lebanese economy. It’s as simple as that.