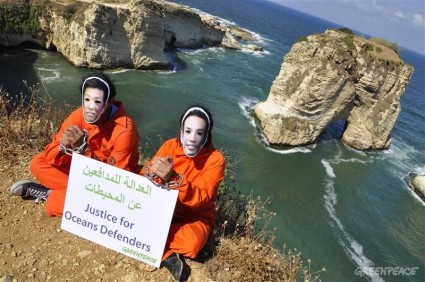 An oil leakage was reported in the Midterranean sea off the costal down of Dora [Naharnet]. Its cause is a ship that was emptying its cargo.

LBC reported few minutes ago that the leakage is huge . [Kataeb Portal]

As if we needed more pollution to the sea after the 2006 war. I haven’t stepped in the sea since then and I will most definitly refrain from doing so this summer.