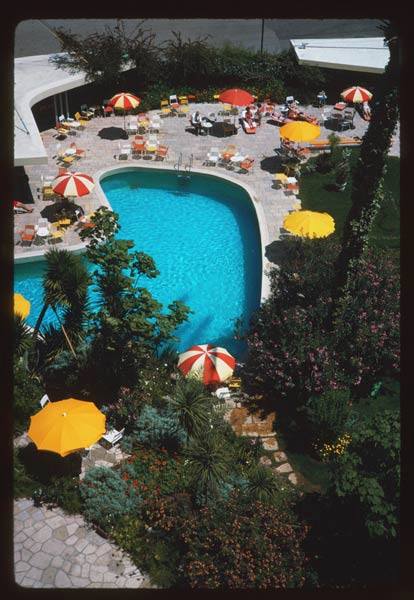 Hotel Excelsior was one of Lebanon’s most famous hotels back in the 1950s and 1960s and its nightclub “Les Caves Du Roy” was one of Lebanon’s hottest nightlife spots. Excelsior was located next to Beirut’s Palm Beach Hotel in Ain el Mreisseh and was featured in several scenes from Georges Lautner’s 1967 film La Grande Sauterelle. The movie includes a scene “where Lebanese restaurant and nightclub owner Pepe Abed sits at the famous pool reading a newspaper”. 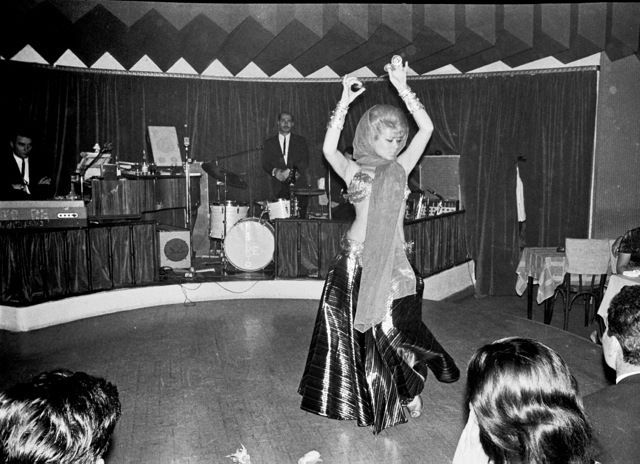 The Wilson Girls (3 English Girls) used to perform every night at Les Caves Du Roy and an old German band called Birth Control performed there as well. According to this article, Les Caves Du Roy was known for its crêpes and Chef Roulet’s famous L’escape Excelsior. The article says that the Shah of Iran may have visited the place. 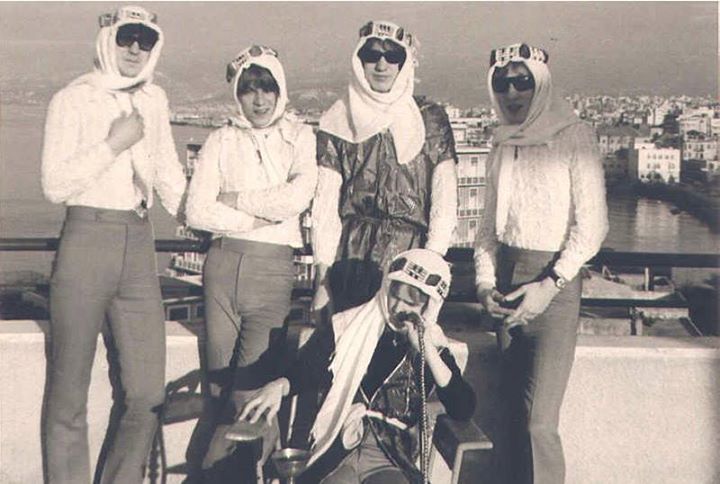 After the hotel closed due to the civil war, it was apparently reopened shortly for one night during Bachir Gemayel’s era. There are a lot of untold stories regarding Hôtel Excelsior & Les Caves du Roy Night Club and it’s quite unfortunate that it has been closed and abandoned for tens of years now. I’ve never noticed where Hôtel Excelsior was exactly in Ain el Mraisse but I found it on Google Maps and gonna see if we can visit it.

All the info and pictures were taken from this [article]. 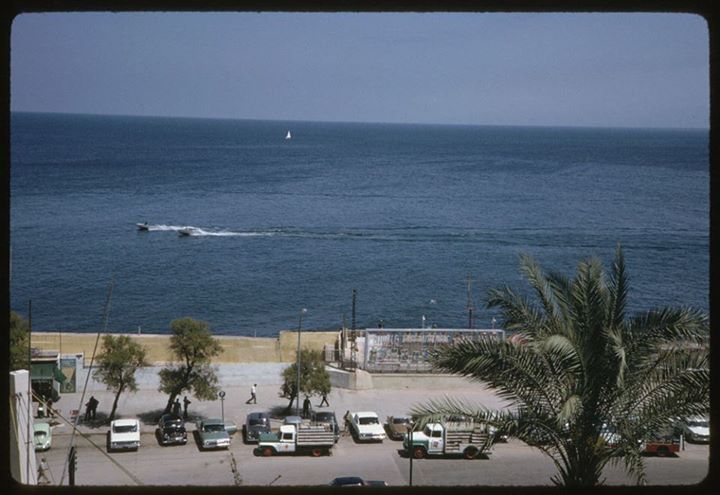 This picture was taken by Charles W. Cushman back in 1965 from the top of the hotel.