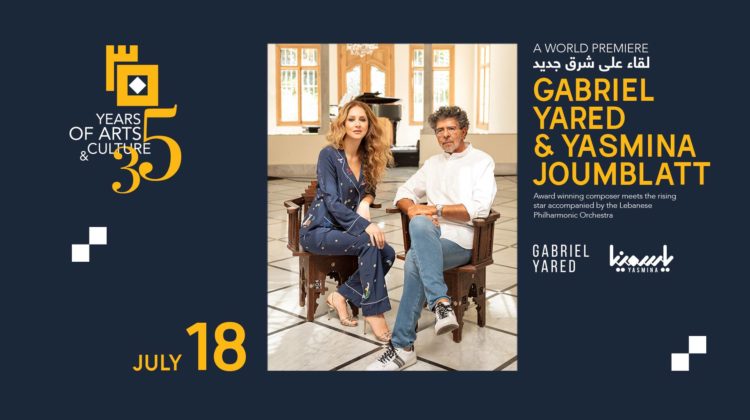 The Beiteddine Art Festival is celebrating 35 years of arts & culture by hosting a world premiere on its opening night on July 18, joining Oscar winning composer Gabriel Yared and Yasmina Jumblatt; a talented artist who happens to be the great granddaughter of Asmahan, a woman whose “golden voice” was one one of very few in the Arab music world to pose serious competition to that of Umm Kulthum.

The two artists whose paths have crossed during their time abroad are coming back to their origins together through music. Gabriel has discovered Yasmina’s talent in Paris, where he found in her a lot of traits of character of her great-grand mother. Gabriel was impressed by her authenticity, and her passion as a singer and song-writer to encourage and promote the usage of Arabic language in music production.

Both artists are coming back together to their country of origin to celebrate their culture through music. I looked up a video of Yasmina singing and it truly promises to be a magical opening night!