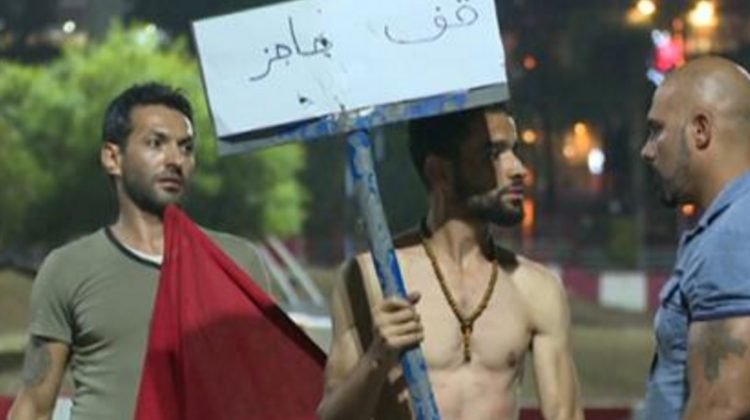 This is by far the most f*cked up show I’ve seen on Lebanese TVs. On the most recent episode, OTV thought it would be fun to humiliate a Syrian worker so they got him a job at a Karting track and decided to set up a checkpoint in the middle of the track and ask him for his papers. The guy at the “checkpoint” was holding a machine gun and forced the poor man to take off his clothes and stay in his underwear after yelling and cursing at him.

To make thing even worse, they threatened to arrest him unless he holds a banner, stick a flag in his underwear and runs around while shouting random slogans like “badna khebez”, or “Ana Khallaset hone” or “Mich 3am minle2e cheghel”

This is beyond disgusting.

PS: Thank you Feras Hatoum for shedding the light on this show. [Link]