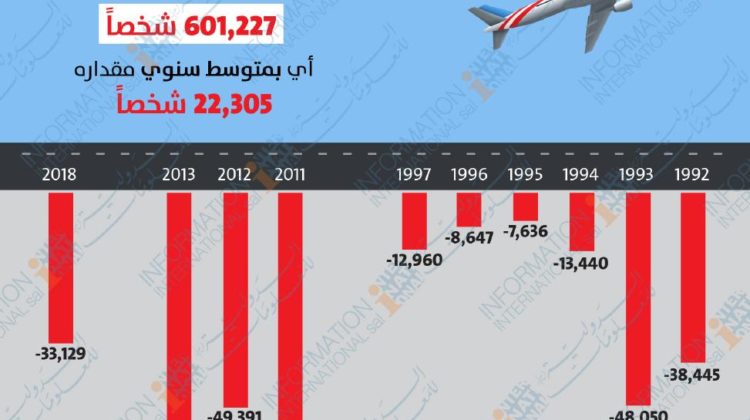 A Beirut-based research consultancy firm published statistics for the year 2019 regarding the number of Lebanese leaving the country for good, and over 57,000 Lebanese are expected to leave the country by end of 2019, vs. 34,500 in 2018.

The stats are based on the number of Lebanese leaving the country every month compared to those returning. I am not really sure how accurate these numbers are, and how does one qualify as an immigrant or a frequent traveler, but it comes as no surprise to see the numbers increasing year and year.

Historically speaking, Information-International claims that over 600,000 Lebanese left the country since 1992, with an average of 22,000 yearly. The highest recorded number yearly was back in 2011 with 67,884. 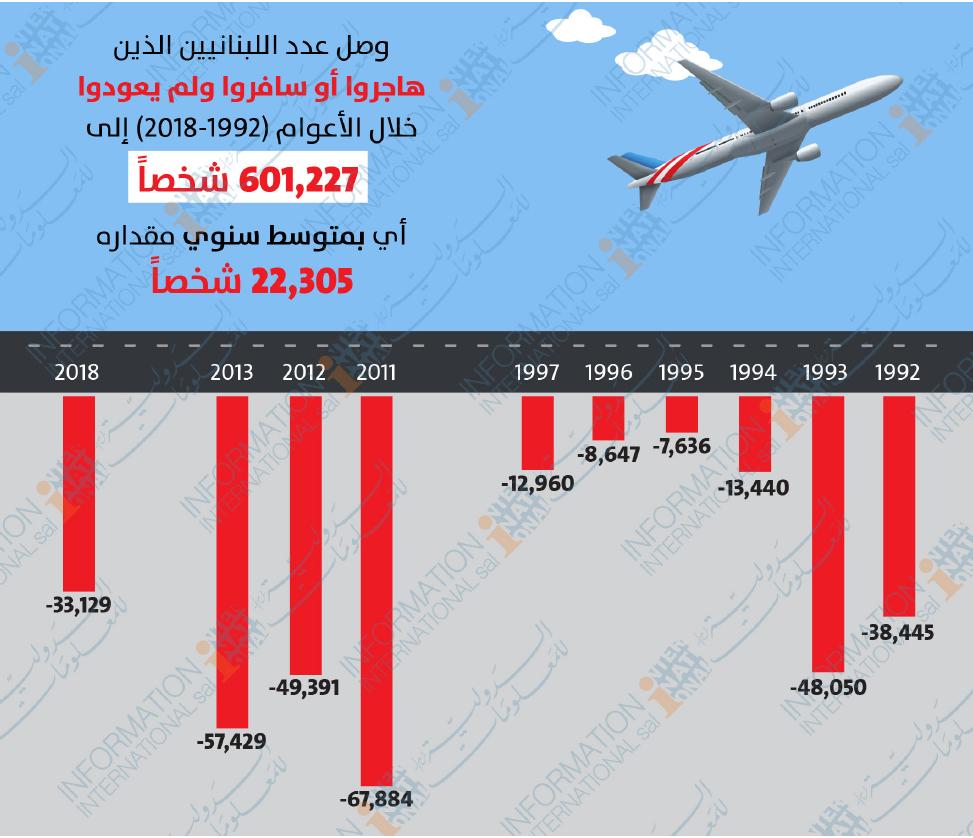 Check out the below report for more info: