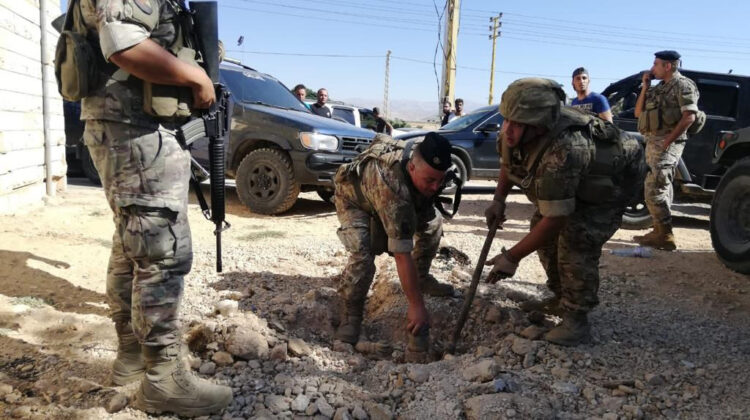 After a series of raids that lasted three days, the Lebanese Army stated yesterday that they’ve seized 4,392,735 liters of fuel and 2,212,140 liters of diesel. The majority of the fuel was sold while 1,671,737 liters of diesel were distributed to some hospitals and ovens and EDZ. As for the rest, they were distributed for free to citizens and the army took its share as well.

Someone mapped the amount of diesel seized by area as of yesterday and the outcome was the below map. As expected the largest fuel storage houses were found in Baalbek and the Bekaa, which are hot trafficking areas. 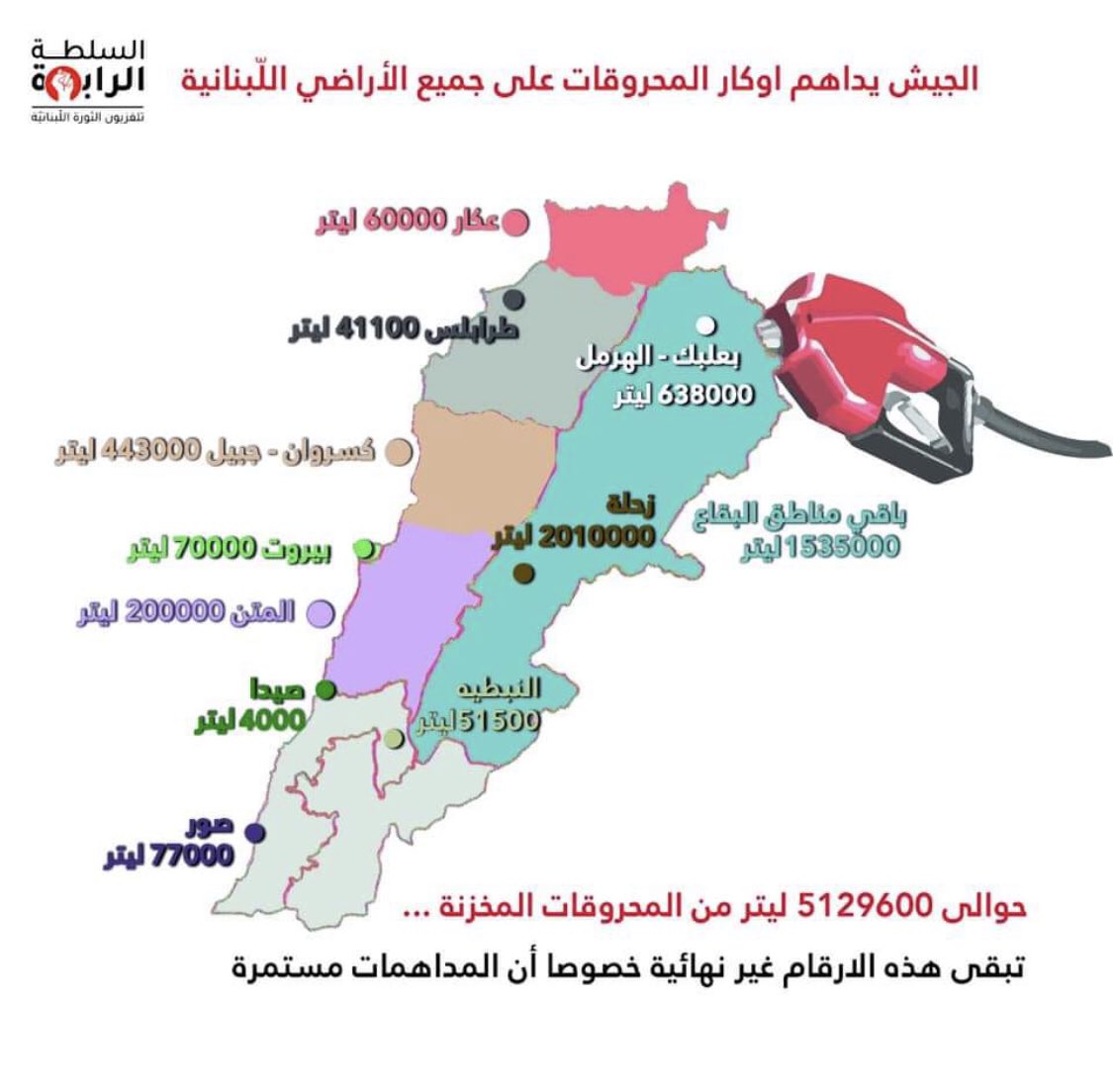