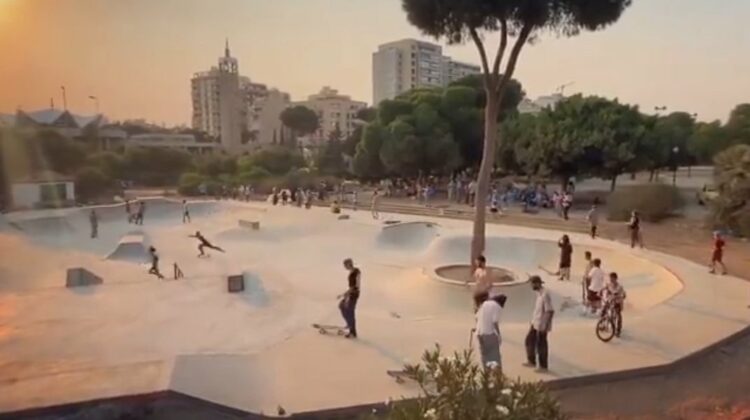 Beirut has a new skate park: The Snoubar Skatepark located at Horsh Beirut. This project is a collaborative effort led by Make Life Skate Life and the Lebanese Skateboarding Association with the support of Decathlon, CHPO Brand and Air France.

This is supposedly Lebanon’s first ever public skate park and the aim is to create a safe place for local youth to skateboard, improve their psycho-social wellbeing and make friends.

In August 2020, after the explosion in the port of Beirut, we initiated a relief fund in support of skaters in Lebanon. Because of the explosion, skateboarding became nearly impossible but as one of the few outlets left for the mental and physical health of many young people in Beirut, skateboarding was needed more than ever. With the Relief Fund, we contributed with immediate disaster relief such as medical expenses, reconstruction and clean-up, covered university fees, and made available skate gear and shoes to more than 80 skaters.

Here are few pictures of the new park: