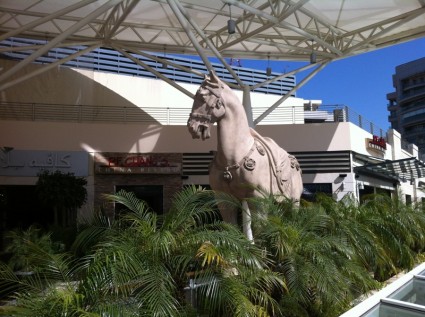 I had seen the huge horse few weeks back in ABC mall but I didn’t know what it was for. It turns out Cafe Blanc relocated next to its old location and a new Chinese restaurant called P.F. Chang’s China Bistro opened instead. P.F. Chang’s is a popular Chinese chain in the U.S with some 200 branches.

I checked P.F. Chang’s website and it’s already open in Kuwait and UAE. Mark had reviewed it back in 2009.

I’ve never had it so it’s definitely worth a try.