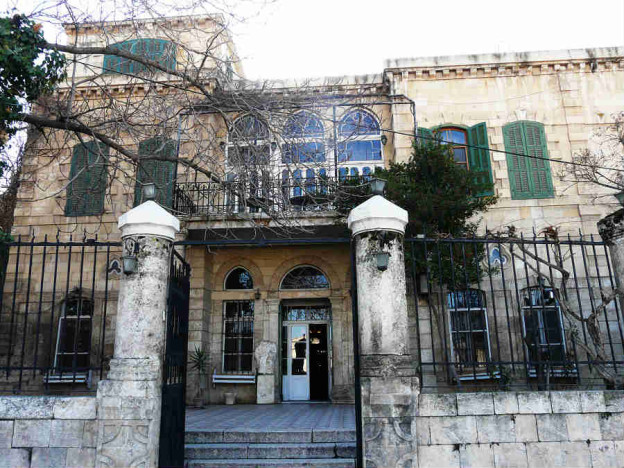 If there’s one hotel I regret not visiting in Lebanon, it’s the legendary Palmyra hotel in Baalbeck. This is one of the oldest hotels in Lebanon, the first hotel in the Near East, and has never closed its doors since 1874! It was originally built by a Greek businessman back when Baalbeck was a renowned touristic destination and its guests include the likes of Mustafa Kemal Ataturk, Jean Cocteau, Jazz singers Ella Fitzgerald and Nina Simone, late French president Charles de Gaulle, German Kaiser Wilhelm II and Lebanese icons Fairouz and Sabah. Apparently Albert Einstein stayed at the hotel as well.

Despite all the wars that Lebanon has gone through, the hotel has never closed and despite going through its toughest days in 35 years, its owners are determined not to shut the Palmyra’s doors.

Check out this [interview] by Foreign Correspondent with the hotel’s owner Rima Husseini: