Arton Capital’s updated Passport Index released on October 30, which ranks passports of the world by their total visa-free score, has listed Lebanon’s in the 85th place [89th in 2017], while UAE’s passport still has the lead in the Gulf region but has rocketed to the 4th most powerful passport worldwide, ahead of countries such as Australia and New Zealand. Singapore and Germany sit on top of the pile in 2018.

Emiratis can now visit 113 destinations without the need for a VISA, while requiring in advance to apply for one at 36 only, and receiving one upon arrival in 49 countries. This year, UAE citizens have gained visa-free access to several countries including Ireland, Canada and China.

Lebanese, on the other side, can only access 16 VISA-free destinations, and get one upon arrival in 27 others, while they still need to apply for one at a wobbling 155 territories. Weirdly enough, South Africa, which recently stated Lebanon among the countries that don’t require a VISA to their country, is still listed in red. You can find the VISA details linking Lebanon to every other country here.

Barely 6 other passports (4 from the Middle East region) are worse than the Lebanese one, including Iran, Yemen, Somalia, Syria, Pakistan, Iraq and Afghanistan respectively.

Below are the rankings in the Middle East region: 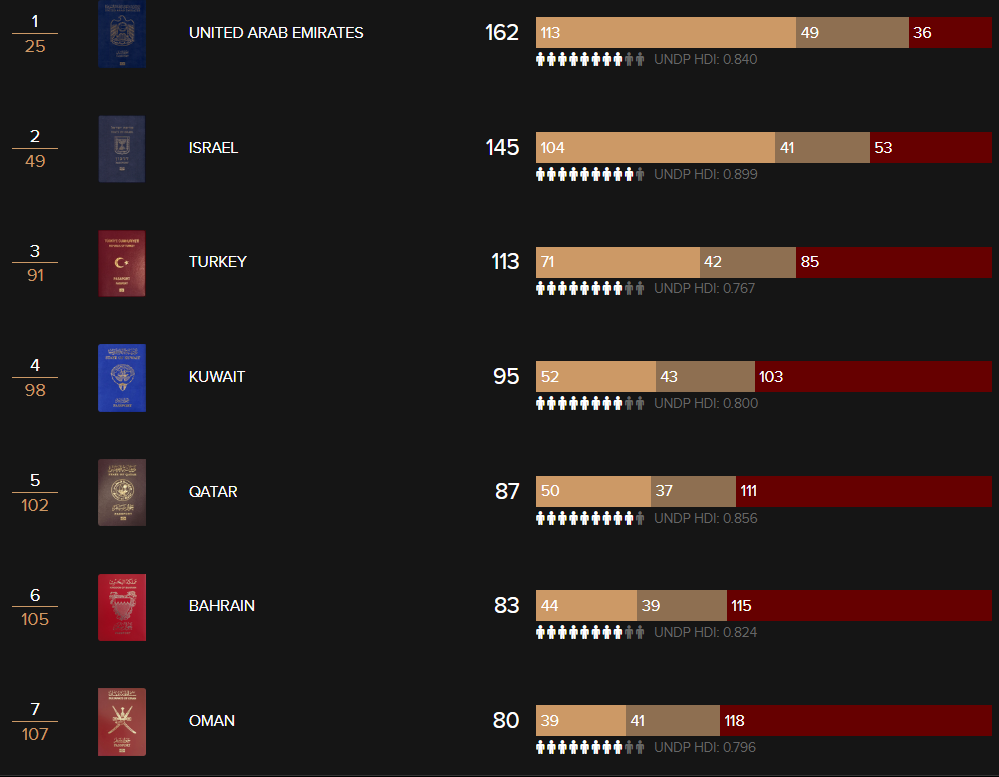 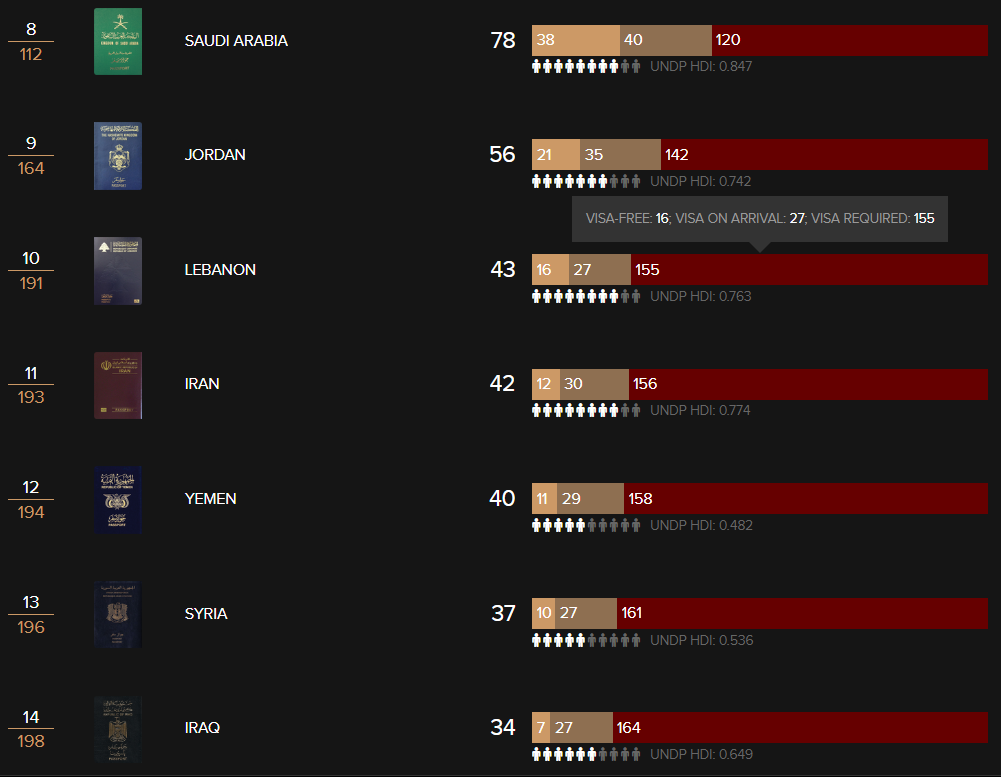