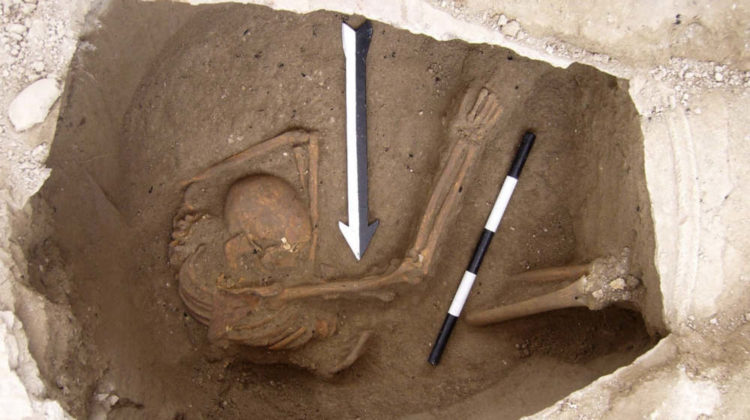 A recent paper entitled “Continuity and Admixture in the Last Five Millennia of Levantine History from Ancient Canaanite and Present-Day Lebanese Genome Sequences” has proven that more “than 90 percent of the genetic ancestry of modern Lebanese is derived from ancient Canaanites”, whereas researchers were able to “sequence the Canaanite genome from the remains of five individuals buried in the ancient port city of Sidon (modern Saïda, Lebanon) around 3,700 years ago” and then compare the results against the DNA of 99 modern-day Lebanese residents.

The results showed that “a Bronze Age Canaanite-related ancestry was widespread in the region, shared among urban populations inhabiting the coast (Sidon) and inland populations (Jordan) who likely lived in farming societies or were pastoral nomads” and that “present-day Lebanese derive most of their ancestry from a Canaanite-related population, which therefore implies substantial genetic continuity in the Levant since at least the Bronze Age”.

That’s a pretty awesome find which may finally resolve the mystery surrounding the Canaanites, who unlike “most other ancient Near Easterners of this period, left few surviving textual records and thus their origin and relationship to ancient and present-day populations remain unclear”.

Check out the full text [here] as well articles from [NationalGeographic] & [WashingtonPost].