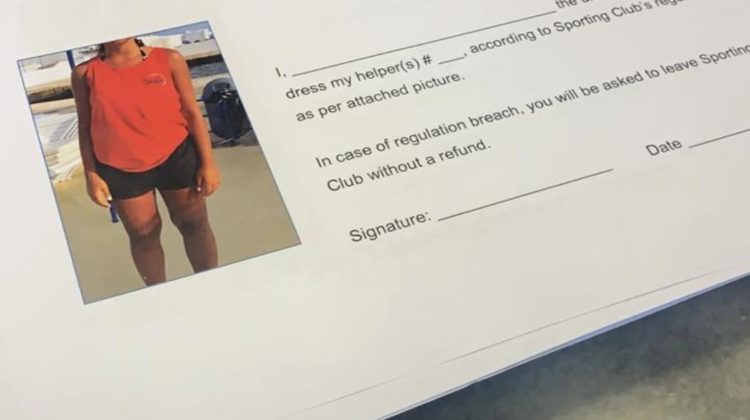 Sporting Club has gone up a notch in imposing racist laws against foreign helpers by forcing their employers to dress them in a specific way, otherwise they will be kicked out without a refund. The woman who reported this incident also mentioned a friend of hers showed up with an Indian woman, who was lecturing at a nearby conference, but she wasn’t allowed in because she “looked” like a helper to them.

Yes we allow these helpers to take care of our children, our homes, prepare our food but we’re too disgusted to swim next to them.

Shame on Sporting Club and everyone abiding by this racist regulation or signing this piece of sh*t policy. 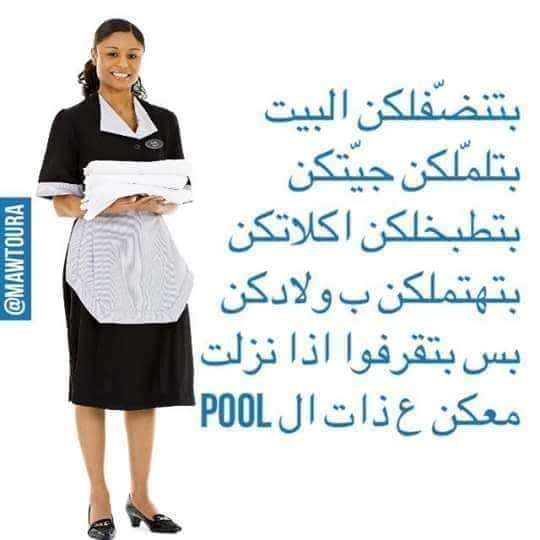 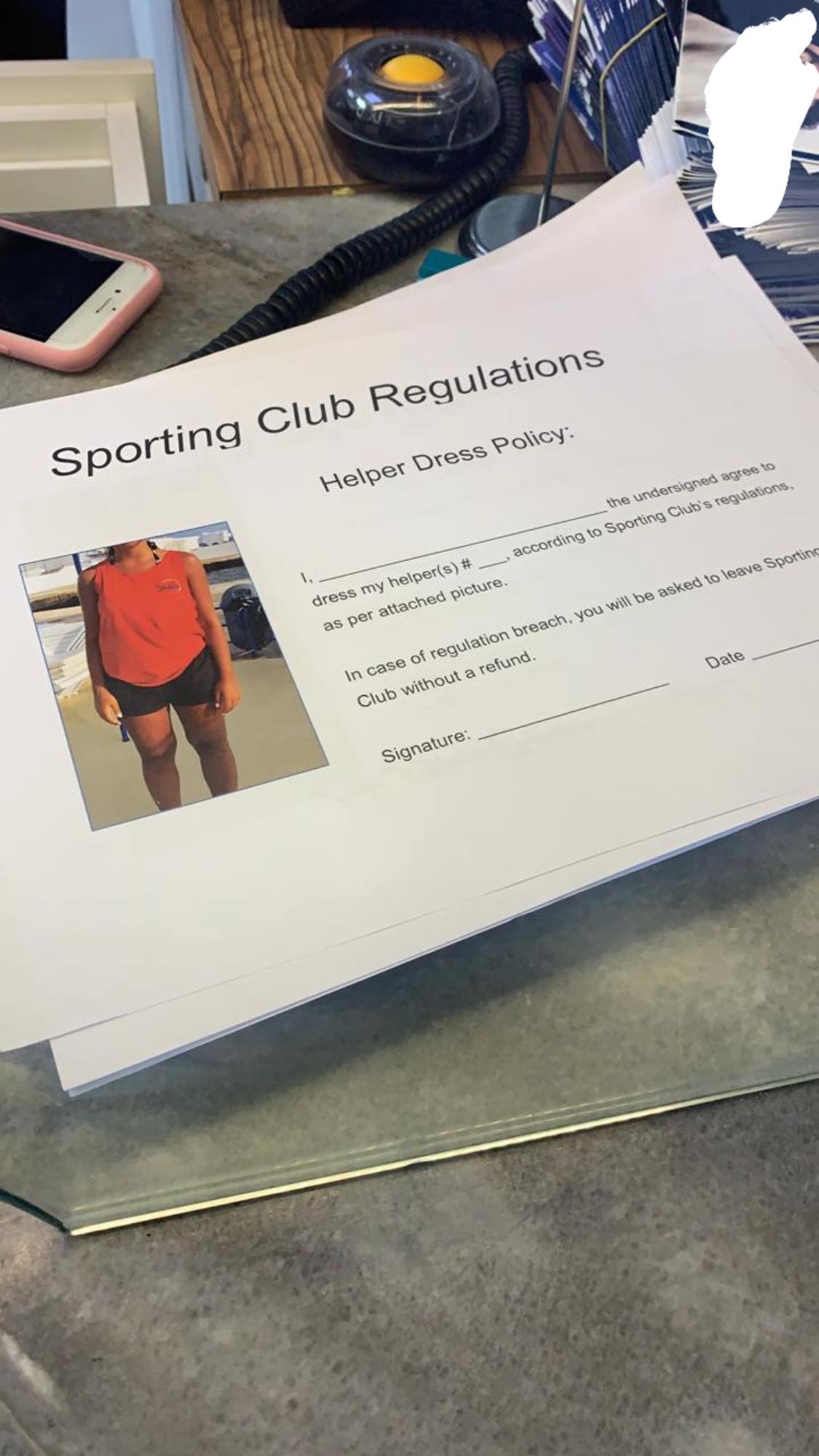