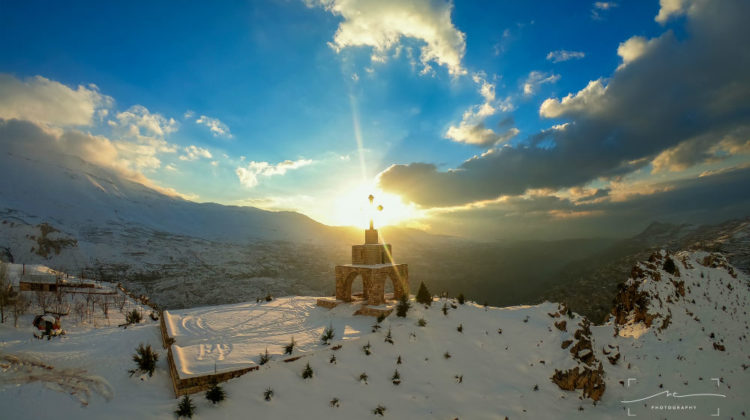 I’m not a fan of the current Tourism Minister, not because I have something against him but simply because of his short-sighted and inefficient tourism strategies. I don’t really blame him though, since he was appointed tourism minister because that’s his party’s share not because of his competence in the field, and the same applies to most ministries.

One thing he has been bragging about for few weeks now is that “Lebanon is readying for a promising summer tourism season after Saudi Arabia announced the lifting of a ban on the travel of its citizens to the country”. He’s already claiming that “more tourists came to Lebanon in the first half of this year than in the same period any year since 2010”, but businesses don’t seem to agree with him as they’re all suffering from lack of customers and more and more are shutting down every month.

Nevertheless, assuming Saudis are visiting Beirut in numbers, this doesn’t mean that they’re willing to spend in an extravagant manner like they used to do before, and we obviously can no longer rely on them alone to predict a promising summer.

This being said, I wish the Tourism Ministry would focus on Lebanese expats as they are the best ambassadors for their country and they often don’t know where to go and what to do when they go back home. I cannot recall the number of times I received messages from expats visiting and asking me on things to do and places to go to in Beirut and outside the capital. Most of them are not interested in eating Sushi or smoking Arguile in Downtown Beirut, they want to visit authentic restaurants, escape the city and explore beautiful villages, spend a weekend in a chalet by the sea or simply go on a hike.

There are so many things that I can recommend but it’s impossible to plan all these activities because you can’t find this information on one official platform or website, and that’s what the Tourism Ministry should be treating as a top priority in my opinion. Ex-Tourism Minister Pharaoh started doing that with the LiveLoveLebanon campaign but the website was badly designed and needed a lot of work, but the idea was there.

More and more expats are cancelling their trips to Lebanon and going to cheaper destinations, simply because they know they will end up getting stuck in traffic and overspending in fancy restaurants, not to mention the expensive airline tickets.

What the Tourism Ministry should do is the following:
– Set up once and for all a decent online platform, or simply build on LiveLoveLebanon and improve it.
– Set up a tourism board and work on offering different experiences (specifically outside Beirut) for expats & tourists alike.
– Recruit & train people to lead a 24/7 Helpdesk office to help expats & tourists alike plan their trips online.
– Offer discounted prices (travel, hotel, food, etc ..) for expats and give incentives if they bring along a tourist.
– Team up with Middle East Airlines, local taxis, hotels & resorts to offer reduced prices.

With everything happening in Lebanon, more and more expats are discouraged from visiting their country especially if they don’t have any family left. These people are crucial to promoting Lebanon to their friends, neighbors, colleagues outside and if they’re not interested in visiting, it will be much harder to convince foreigners to do so. And do us a favor Avedis, forget Gulf countries and the Arguile for now.