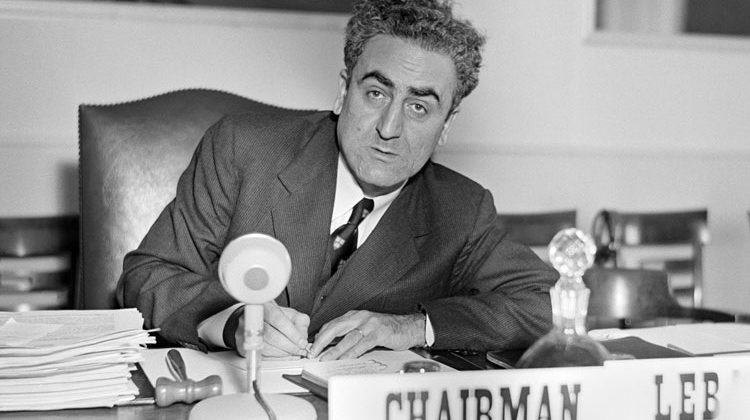 Charles Habib Malik was a Lebanese Academic, philosopher and more importantly Lebanon’s first ambassador to the UN who helped, “more than any other delegate, helped railroad the Declaration to adoption without a single dissenting vote in the tense cold war atmosphere of 1948, thus universalizing the rights and freedoms enunciated in the document”.

Malik served as a diplomat between 1945 and 1955. He served also as a delegate to the United Nations from 1945 to 1955 and from 1957 to 1959, and then as president of the General Assembly during its thirteenth session, in 1958 and 1959. Dr. Malik was President of the Commission on Human Rights and the United Nations General Assembly and his role was instrumental in drafting and the adoption of the 1948 Universal Declaration of Human Rights. In fact I read in one of the articles I found online that “at one time or another, Malik held nearly all the major posts in the UN, including a rotating seat on the Security Council and the presidency of the General Assembly. During the period covered by most of the writings in this book, he served as rapporteur of the UN Human Rights Commission, which he later chaired”.

If we even look deeper into the meetings that preluded the adoption of the 1948 Universal Declaration of Human Rights, John Humphrey claimed in his memoirs that Malik was “one of the most independent people ever to sit on the Commission.” Independent or not, it took an inordinate amount of grit to get the job done – over 80 meetings all in all, with bitter arguments over every line.

Malik had to balance pressure from the Soviet block that was deliberately extending discussions so as to kill the project, and from Mrs. Roosevelt and others who wanted to bring it to a vote as soon as possible. Coming from a small country himself, Malik calculated that the adoption could only come if every country could be brought on board. As Glendon puts it, “He was far-sighted enough to realize that a sense of ‘ownership’ on the part of many cultures would not only improve the declaration’s chances of adoption but, more importantly, would promote its lasting reception among the nations”. [Source]

I think it’s quite fascinating that we had people like Malik at one point in time, whereas we’re been played by all neighboring countries and our politicians are being manipulated like puppets right now. I think it’s sad that a global statesman and one of the key people behind the UN Declaration of Human Rights is rarely mentioned or remembered in Lebanon. There are rarely any lectures or exhibitions organized to remember his work and shed light on his achievements. In fact, the authorities did not even bother set up a statue for Dr. Malik on his avenue in Achrafieh till recently and it’s barely noticeable.

Dr. Malik passed away on December 28 1987. I leave you with one of his many quotes on Lebanon and human rights and freedoms.

Nothing concerns and stirs us more deeply in Lebanon than the problem of human rights and fundamental freedoms. The history of my country for centuries is precisely that of a small country struggling against all odds for the maintenance and strengthening of real freedom of thought and conscience. Innumerable persecuted minorities have found, throughout the ages, a most understanding haven in my country, so that the very basis of our existence is complete respect of differences of opinion and belief.

See Also:Why Lebanon is the Healthiest Nation in the Arab World

Source: Malik, Lebanon and Human Rights: The Centrality of Freedom via [thedisorderofthings]