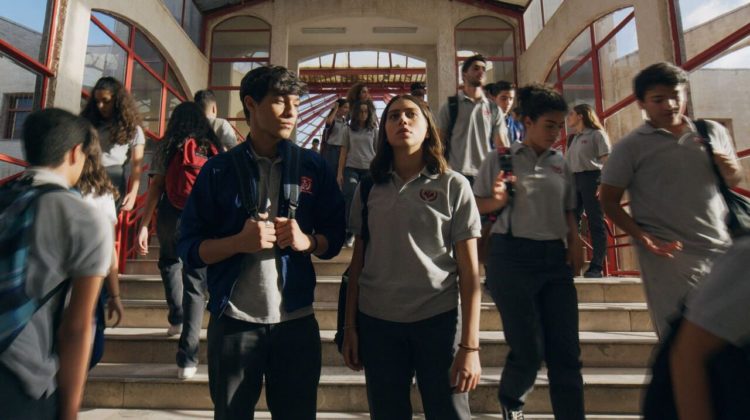 Starting with the plot, a school trip to Jordan’s ancient city of Petra turns deadly and students suspect supernatural forces are to blame. What follows is a supernatural battleground between a good and an evil jinn. It may not be the most original plot when it comes to fantasy/horror series but it’s the first ever to be shot in Lebanon & Jordan and featured as a Netflix production, so this is a big deal.

This being said, I finished watching the series last week and I actually enjoyed it. It’s a super quick binge as it consists of five episodes only; the first episode is around 40 minutes while the remaining four episodes are less than 30 minutes long. There’s plenty of action, drama, not much horror or graphic scenes and don’t expect monsters. The Jinns are young and the girl (evil one) is cute.

In terms of sound and image, they’re what you expect from a Netflix production and you’ll fall in love with Petra’s carved rose-red sandstone facades and temples. If you’ve visited Petra before by day or even better by night (it’s a must), you will appreciate even more how beautifully shot the area is.

The teenage actors were sought to portray an Arab youth outside Hollywood stereotypes and reflect a rather liberal and tolerant image, which clearly didn’t appeal to conservatives who blasted the series as pornographic (because of a kiss?) and Jordan’s attorney general went as far as asking to pull the series from Netflix. Personally speaking, I didn’t see anything wrong in the students’ behavior; they’re fun, they curse a lot, they like to party, they drink alcohol and smoke weed, some are bullies, others are in love. Surprisingly, no one smokes Shisha 😜

All in all, I think it’s a very encouraging start for Arabic productions and from the looks of it, we’re going to have a second season of Jinn. There are four things I didn’t enjoy much and that I believe need improvement:
– The length of the episodes: You can’t have a 45 minutes episode followed by two 28min and 24minutes episodes. Three out of the five episodes feel rushed.
– Speaking of rushed episodes, this is reflected in the sequence of events in some episodes.
– The good vs evil Jinn battle: This is the essence of the plot but you don’t see much confrontation between the two Jinns.
– Soundtrack: They didn’t put too much effort into that part tbh. Enough with the Mashrou’ Leila songs, it’s a Netflix series, we want new undiscovered talents.