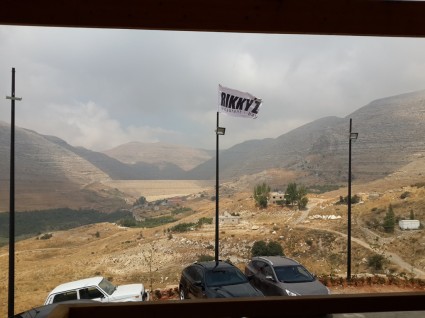 As some of you know or may not know, Rikky’s has moved to a new venue in Faraya 10 minutes away from the original one. The venue looks almost exactly like the old one but it is more spacious and better organized now. The venue fits twice as much as before, the bar is now inside and much bigger, the BBQ is in a small area far from the tables and the entrance fee is now 100,000 LBP, up 10,000 Liras from last year (including open drinks and buffet). 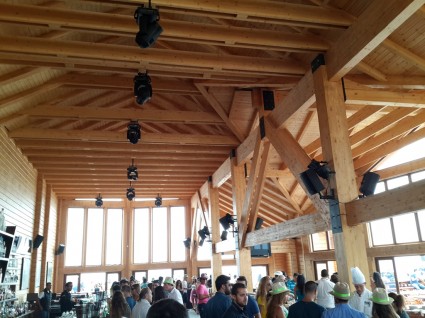 The salads are still placed inside as well as the Pasta and Saj stations. You have to walk down few stairs to get to the BBQ area, which includes a Shawarma station, Steaks, Hotdogs and Burgers. 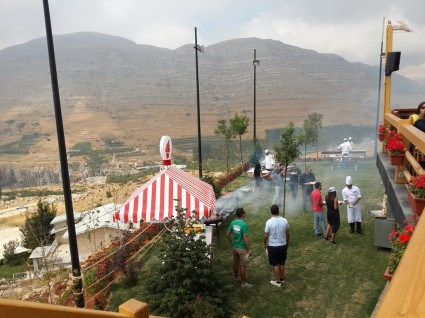 The music and atmosphere are as great as before, but the seating is still not comfortable and the tables and chairs are very close to each other. I don’t know why they didn’t keep some space between them but it’s very annoying specially when you pick a table in the middle. Added to that, you still need 10 minutes (Unless you want an Almaza or a Buzz as they are put aside in large ice buckets) or more to get a drink even though the bar is bigger now. I barely had 3 drinks during the 3 hours I spent there. Same thing for the food when it gets crowded, even though food was much better than last year. 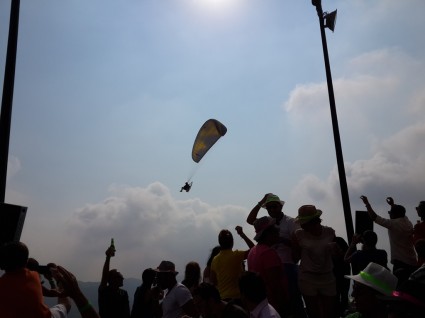 The party starts around 2pm so it’s recommended to arrive around noon so you can have few drinks, grab a bite and get in the mood. Don’t forget to check in on Foursquare and pick up your free hats because the sun is a killer up there. I recommend you download their app too as it will help you find the new location if you get lost [Android] [iOS]. 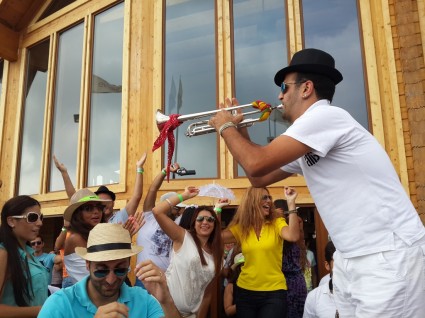 All in all, I like the new Rikky’z better but I wish they made it more comfortable and started serving alcohol (Bottles) on the tables instead of making us wait forever on the bar. Nevertheless, it’s probably the best place up in the mountains to spend a Sunday afternoon with your friends, eating and drinking and dancing surrounded by breathtaking views.

PS: If you look at the picture closely, the people sitting on the barriers surrounding the outside area could easily fall off and get seriously injured. I think Rikky’s should ban anyone from sitting there or build some safety net below them.