Roadster’s Latest addition to their menu – The Route 66 Burger

I was reading NoGarlicNoOnion’s latest post “Dear Roadster: Wake UP and Smell the Competition!” and felt compelled to answer some of the stuff mentioned in the post because I’ve been a Roadster customer for over 10 years now and I can easily say no diner comes close to Roadster in terms of cleanliness, customer service, delivery service and of course taste.

I’ve had some very rare bad experiences with Roadster, but it’s wrong and ridiculous to claim that they need to up their game due to one or two isolated incidents, specially when you look at their competitors.

Here’s what came in the post and my answers:

I ordered some food to the office today – they forgot the dips as well as the packs containing the forks and knives. I am at the office… how did they expect me to eat my salad? Use my hands? No salt, no wet wipes and the chewing-gum, forget about those, they stopped putting them in the paper bags a long time ago, although the word Clorets is still stamped on them.

I’ve been ordering food from Roadster for the past 7 years, and in the past 3 months 2 or 3 times a week and I only had one issue lately with a missing salad sauce once (They brought it back within 15 minutes) and not more than 5 issues throughout the years. I have a friend who orders Roadster almost daily to work along with a bunch of his colleagues and always praised their punctuality and service.

They once had an issue with the Delivery Center in Beirut due to high demand (which we reported) and they fixed it by setting up 7 lines or more I don’t remember. They have an impeccable delivery service and I am sure most Roadster customers agree with me.

As far as the visit to Zalka Branch is concerned:

The place is too noisy. I mean really noisy. Clinging sounds of forks and knives echoing all over the place, intertwined with a wave of customers’ voices topped with loud annoying music.

All Roadster branches are crowded on weekends, and I am sure they were even more crowded during the holidays. Loud music is almost always put on during weekends and on Friday nights as well. There’s nothing new here as a lot of teenagers and kids go to Roadster in the weekend or during the summer when there’s no school.

Too many waiters and honestly for nothing. Each one throws the responsibility on the other. We would ask one waiter for one thing he would go and ask another and then another… This incident repeated itself several times that night…

Service is extremely slow. It took waiters an extremely long time to deliver the drinks, and refills, we each had to ask at least three times to remind them of our drinks…

Just like any crowded restaurant, specially if you guys went during the weekend or holidays, service is a bit slower but despite that, I’ve rarely experienced slowness in the service at Roadster. It could have been a hectic day that’s all.

The food has changed. Honestly! Not to the better, but to the worse… Mozzarella sticks which used to come all in one size now come in different sizes, most of which are small. The nachos looked really poor. Hardly any cheese on the plate and chips were too little for the plate… empty spaces all over the place. The chicken strips, well, there was hair inside so we stopped there… the Cesar salad’s lettuce was yellowish… The fries are much less than the usual. A lot of orders came late, some ate while others watched…

I am not sure how frequently you guys to Roadster but nothing has changed in the food. I regularly go to the Jounieh Branch during week days, and on Saturdays for lunch to the Downtown Branch, as well as the Zalka branch and ABC branches from time to time and food is still as good as always.

The music played was heavy rock. I mean please, I am not that old… but seriously the whole ambiance was very annoying. I asked the waiter to lower the volume or change the music several times with no luck. This type of music does not fit the place… It’s excruciating… to say the least.

Again this is not something new and that’s why I avoid going to Roadster on Friday or Saturday night because it’s packed with youngsters and you can’t really blame Roadster for that. 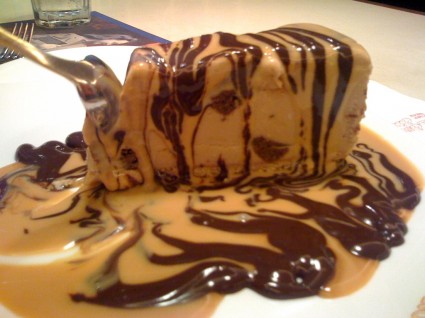 Let me just add here that one of the very few restaurants that actually take into consideration your comments is Roadster and being a very picky customer myself, I never had a negative feedback following one of my complaints. On the contrary, they once even bothered to explain why they replaced their regular forks with tiny ones after I posted about it and then brought back the regular forks. Moreover, they also improved their buns after few complaints from loyal customers, among other things.

Social Media wise, the are more engaged than any other business and it showed in the latest Social Media Awards where they clinched two awards even though Crepaway was a sponsor of the event.

On a last note, I am not saying Roadster is the perfect diner but they’ve been more consistent than any other diner in Lebanon, and they’re known for being the cleanest diner in town as well. That’s why people are ready to pay the extra buck to go there.

What happened to “Together Forever”

Together Forever goes both ways. You can’t dump Roadster and rate the place with a 15 over 100 due to two isolated incidents after being a loyal customer for more than 10 years.