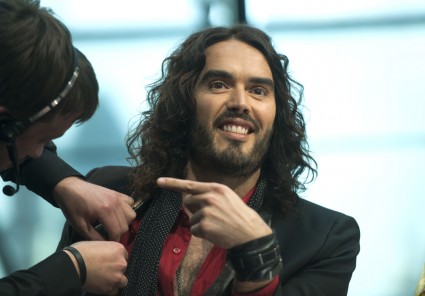 Russell Brand’s ‘Messiah Complex’ Tour was cancelled in The Middle East after organizers told him they could not guarantee his safety. He was coming to Abu Dhabi and Lebanon.

Russell has been pounding the pavement pretty hard to promote his upcoming “Messiah Complex” tour. Sadly, news just came down the pike that Rusty has had to cancel some dates in the Middle East (primarily Abu Dhabi and Lebanon) because he’s had some credible theats upon his life; and the venues have informed him that the could not guarantee his safety in the event that these threats were taken to fruition. Rusty believes his tour poster might have something to do with the threats, but who knows. It’s difficult to make sense out of people who make death threats. 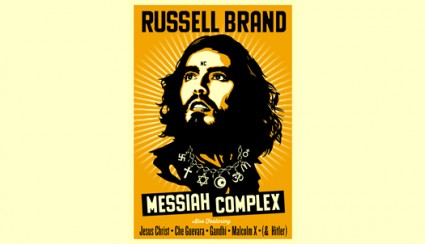 The tour focuses on icons including Che Guevara, Gandhi, Malcolm X and Jesus, and examines “the importance of heroes in this age of atheistic disposability.

In case you missed it, check out this latest video of Russell Brand mocking the media: