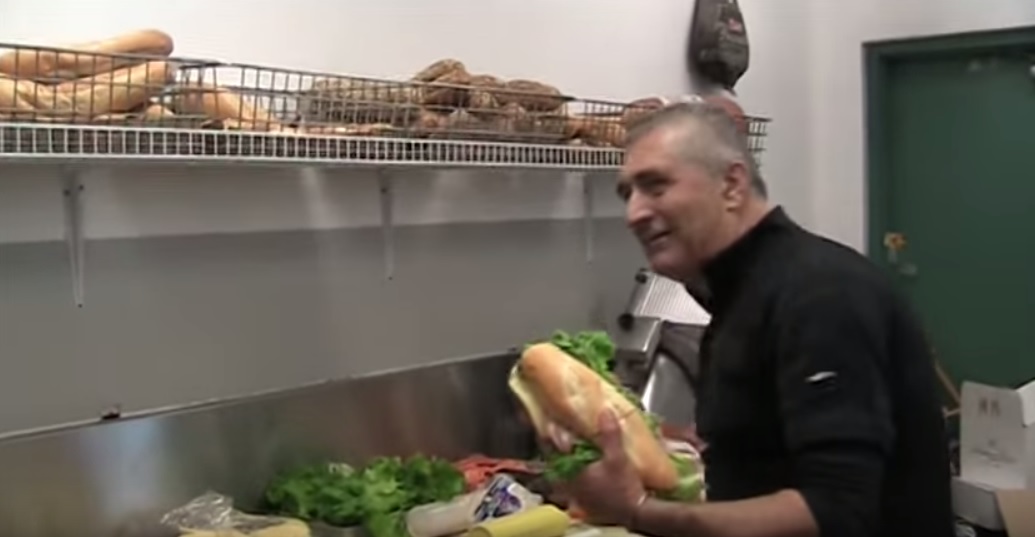 When I posted about the Saadah restaurant offering food for free to poor and needy families in Beirut, I remembered an old post from 2012 about a Lebanese immigrant called Salam Kahil who was nicknamed the Lebanese Sandwich Nazi. This guy ran away from Lebanon aged 15, lived all over Europe before he settled in Vancouver where he runs a deli that makes “The Best Sandwiches in North America”. He’s bad mouthed, he makes nasty jokes, he greets all his customers by a page of rules and warnings but he’s hilarious. He’s also very generous and gives away free sandwiches to homeless people occasionally.

Most of them know that for all his bluster, he has a mile-wide generous side, notably bagging up food to hand out to the many down-and-out denizens of the downtown area each week. Between acts of charity and vulgarity, bits of personal history spill out: He ran away from his large, disapproving Beirut family at age 15, lived all over Europe, “took advantage of a lot of people” as a stud for hire (or sometimes for free, as when female acquaintances wanted a sperm donor without a husband attached), then entered a less illicit business when he “realized my beauty was fading” at age 29. Soon he’d built up a mini-empire of stores, but the hassle of managing employees (and worrying his antics might strike them as sexual harassment) prompted eventual reduction back down to a one-man, one-deli operation. [HuffingtonPost]

Check him out and be warned it’s NSFW 🙂

See Also:Why Many Restaurants And Cafes Close Down In Lebanon ...
Posted By Najib
Categories FOOD,HUMOR,LEBANON