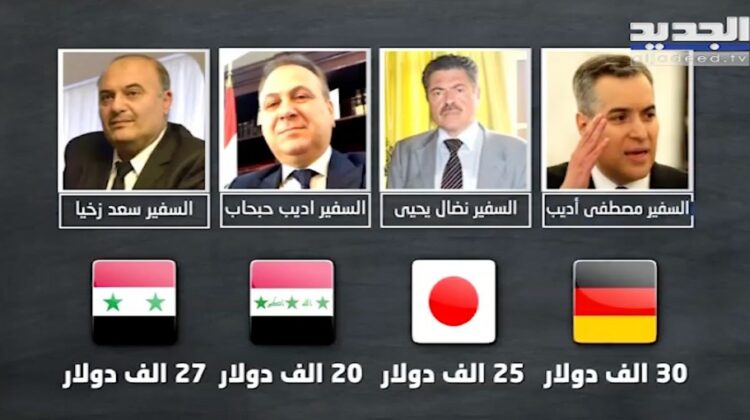 The Ministry of Foreign Affairs has been considering ever since the crisis hit shutting down several embassies and consulates around the world in order to cut down on expenses. However, and according to this Al Jadeed report shown below, the government will need to do a lot more to make up for years of overinflated salaries and expenses.

Take for example the salaries of Lebanese ambassadors in the Arab World: