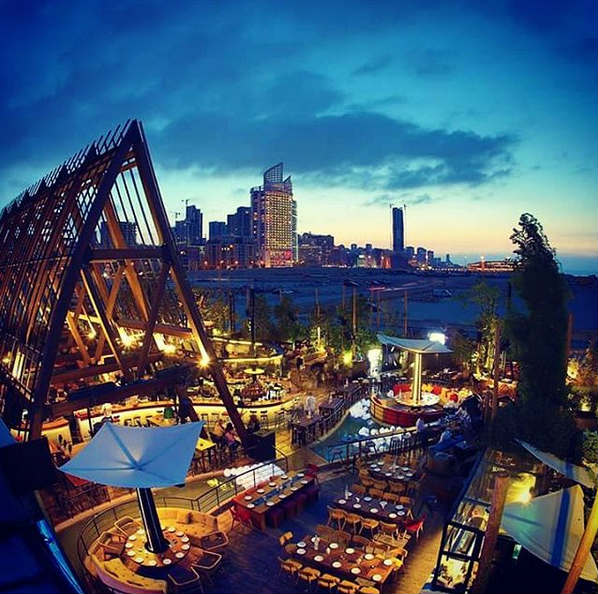 I read the Seven Sisters story earlier this morning and to be honest it doesn’t add up, but since it has gone viral, here’s what I have to say about it:

– The guy who claimed he got denied entrance wasn’t allowed in the first time because he didn’t have a reserved seat and he wasn’t exactly told an hour later that “veiled women aren’t allowed in” tonight. He asked the bouncer if “Veiled women are not allowed in today?” to which the bouncer said “Not today”. My guess is that the bouncer had enough of this guy and others or was simply instructed not to let anyone in and throwing “Not Today” or “You can’t go in” without even hearing what people have to say. If there’s a recording of what happened, the Daily Star or the person in question should have shared it in the first place but it won’t really prove anything if there were veiled women inside the venue as reported by Seven Sisters. In all cases, the management should apologize for the misunderstanding and re-assure that they welcome people from all races and regions and religions.

“I was told I didn’t need to reserve a seat in the bar if I arrived early enough. However we were told by one security personnel that we can’t go in because we had no reserved seat,” A.B. said. “An hour later I returned by myself and asked another guard if veiled ladies aren’t allowed and he said ‘no because it was a special night.’”

In a voice recording obtained by The Daily Star, a security guard at Seven Sisters can be heard saying that veiled women weren’t being permitted to enter the premises. “Veiled women are not allowed in today?” A.B. asked. “Not today,” the bouncer responded. “Today I have a special event.”

– Hundreds of people were denied entrance to Seven Sisters on that night because international football stars were there and everyone wanted to see them and take pictures with them. The bouncers were probably doing what they do best, being assholes and keeping people who are here just for the pictures and don’t want to pay anything out. That’s how things are at almost every night club in Lebanon and abroad. A friend of mine who was there on that night told me her two female friends, who were wearing short skirts, weren’t allowed in as well. This reminds me of Skybar’s bouncers and how they wouldn’t let people in for the silliest reasons ever! In fact, I once had a table reserved under my name at Skybar and the bouncer wouldn’t let me in. Now that is outrageous lol!

– Those claiming that veiled women shouldn’t be there in the first place are missing the point. If these women don’t drink alcohol and wish to enjoy the music, that’s their call not ours. In that case, the night club or lounge bar in question should inform them that alcohol is served inside and could force a minimum charge (this applies to all non-alcohol drinking customers).

All in all, stating that there are “several claims of discrimination in Lebanon’s capital city over veiled women being denied job opportunities and access to recreational activities due to their attire” is a very serious accusation that should be backed by facts, and is not really related to that incident.

For me, that was just another fully booked event at a night club where people managed to get in and others didn’t.

Here’s the [original article] and below is the Seven Sisters response:

Addressing the rumor that is spreading over the internet regarding the refusal to allow entry to a veiled woman to Seven Sisters, we as 7Management would like to respond with the 4 points below:

1- The partners at 7Management, the operators of Seven Sisters, come from all races and regions of Lebanon, and would therefore never have any issue towards any religion, race or person, no matter what, our families and friend are as diversified and culturally mixed as our beautiful country.

2- Seven Sisters is not a restaurant. It’s a lounge bar serving mainly alcohol. As such, our one and only policy with veiled women is to inform them that alcohol is served inside, therefore making sure they are not surprised or offended by the abundant alcohol consumption.

3- At Seven Sisters, like all clubs, lounges and night clubs in Lebanon, entrance is restricted to people above 21 and upon reservation.

3- During that particular night when a woman accused us of forbidding entrance to veiled women, there were several veiled women spending the night at Seven Sisters.

4- Yesterday night, more than 400 people were denied entrance due in particular to the fact that several Football players were spending the evening there, which attracted a large crowd. The person behind the polemic had arrived with a large group of people, and as our bouncers are required to make sure the place never becomes overcrowded as per our strict safety standards, they were denied access based on that fact alone. Hundreds of unveiled women were also denied entrance as many veiled spent a memorable night inside.

There was no racial interference, no religious avoidance, no hidden agenda. Far from it. And the result would have been the same whether there had been no veiled women in the group.