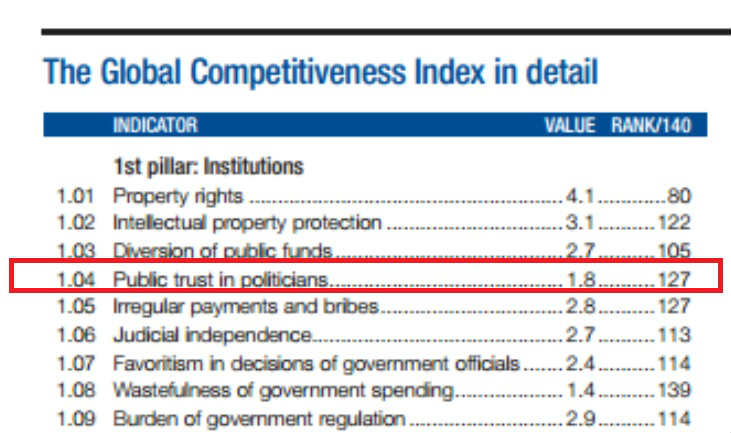 I was going through the 2015-2016 Global Competitiveness report and comparing Lebanon’s ratings with the 2013-2014 and 2014-2015 reports. Surprisingly enough, Lebanese politicians are no longer the least trustworthy in the world after staying on top for three years in a row. In fact they managed somehow to improve by 13 spots, which means that there’s either a glitch in the report or there are far worse politicians than the ones we have here.

Jokes aside, here are few key indicators where Lebanon is still badly ranked (Out of 140):

On the other hand, here are some positive indicators:

I expect the ratings to get much worse in next year’s report especially after the garbage crisis, the presidency void, the demonstrations and the chaotic situation.