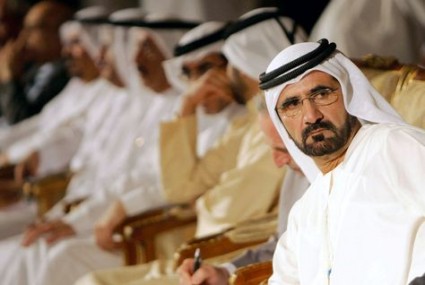 If we go back ten years or more, Lebanese used to go to Dubai and the Gulf countries in general because of the higher salaries and the better job opportunities. Most people I know weren’t very fond of living there and wanted to work for few years in Dubai, make a few bucks and go back to Lebanon. They wouldn’t miss an opportunity to visit Beirut, whether on weekends or on holidays as that’s where family is and all the fun is.

However, Lebanon has been going backwards for years now while GCC countries have been achieving outstanding progress on all aspects, and have turned in less than 30 years into highly developed countries providing some of the highest living standards in the region, if not worldwide. Of course oil wealth played a crucial role in transforming the UAE’s economy into what it is today, but it takes more than money to win people’s hearts and keep them happy and proud of their city.

Having said that, I’ve never been to Dubai but I was happy to know a couple of days ago that they won the rights to host the World Expo 2020. I even posted about it as it’s an incredible achievement and Dubai will be the first city in the Middle East, Africa and South East Asia to host this event. Of course a lot of Lebanese rejoiced over this win, specially the ones residing in Dubai, but some of them took it as far as trashing Lebanon and praising the Dubai ruler as their true leader.

Honestly speaking, I don’t think we’re still in a position to compare ourselves to Dubai or any of the UAE because they are far ahead of us in all aspects. We could have had an F1 GP years before the Bahrain and Abu Dhabi ones but we wasted the opportunity due to corruption and political bickering, we could have had a Beirut Media City but our infrastructure was deplorable (it still is), Arabs used to visit Lebanon for its nightlife but that’s not the case anymore (MP Mohammad Raad is happy to hear that), MEA Airlines are now the worst-ranked airlines in the region, we could have hosted the Asian Football Cup here if it wasn’t for the shaky security situation (While Qatar won the rights to host the World Cup), we used to have the best universities in the region but not anymore, we had one of the best Football teams and could have qualified to the World Cup but match-fixing and corruption among players ruined our chances and the list goes on and on. The only common thing we have with Dubai nowadays is the high cost of living, with the only difference being that their salaries are 5 to 10 times as much as ours. 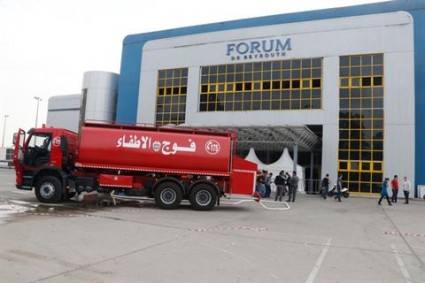 Lebanon has lost its competitive advantage over the Gulf countries in almost every aspect, but that doesn’t mean we should trash it and praise others, or envy others and blame them for our problems (or criticize them when they don’t help us). We’re going through some rough times, there’s a neighboring country at war, there are more than 1 million refugees on Lebanese soil, we have a huge debt and the most corrupt political class in the world.

Hopefully we will get past these obstacles but until then, let’s stop envying others out of hatred and jealousy, and let’s remember Lebanon is our country whether we like it or not (I love it!), and unless you choose to leave and become an expat, try to make the best out of it and stop cheering and voting for the same people screwing it up. Let’s spread some positive energy and some love instead of looking for reasons to fight.

Dubai may not be a democracy, yet its ruler is more humble and wise than most of our politicians and has managed to gain everyone’s admiration without seeking their votes or bribing them. Dubai is now a second home to a lot of Lebanese because there’s so much positive energy in this city that you can’t not love it, even if you’ve never been there.

So Congrats to Dubai and the UAE and best of luck for Expo2020!