You can zoom in to any spot on the planet and watch the same three-decade timelapse unroll. Try it [Here].

Since the 1970s, NASA and the U.S. Geological Survey have been amassing satellite images of every inch of our planet as part of the Landsat program. Over time, the images reveal a record of change: of cities expanding, lakes and forests disappearing, new islands emerging from the sea off the coast of rising Middle East metropolises like Dubai.

Landsat images taken between 1984 and 2012 have been converted into a seamless, navigable animation built from millions of satellite photos. As Google wrote this morning on its blog: “We believe this is the most comprehensive picture of our changing planet ever made available to the public.” [Link]

I took some screenshots of Lebanon and Beirut throughout the years. 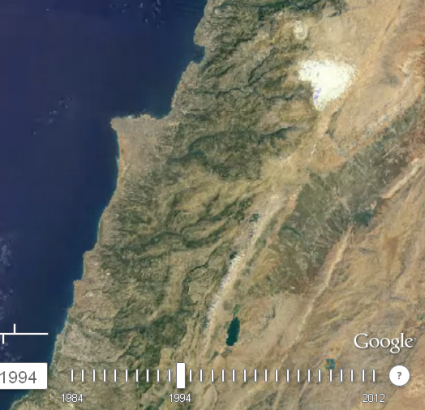 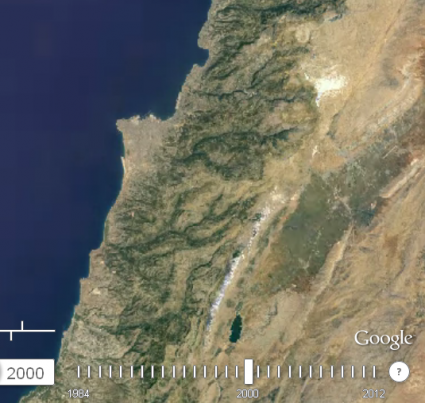 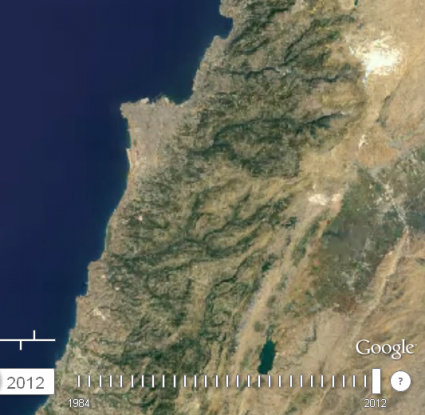 The only major changes you can spot is in Beirut (Solidere) as you can see below. Otherwise, the green areas are shrinking. 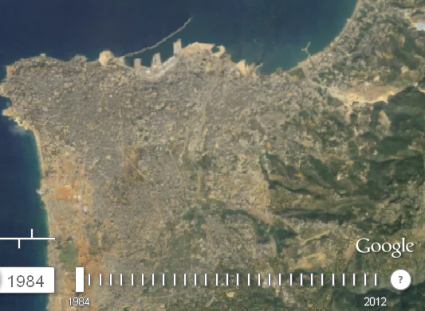 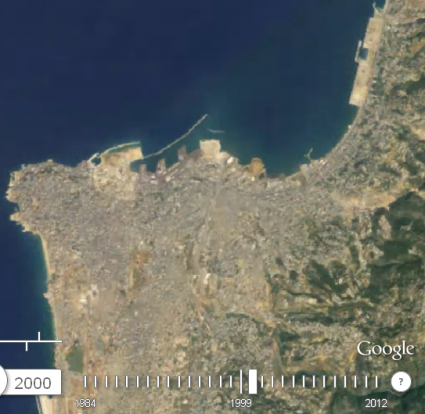 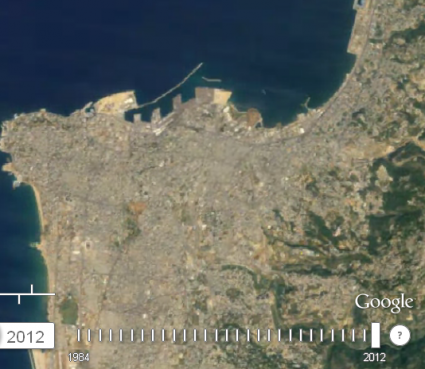