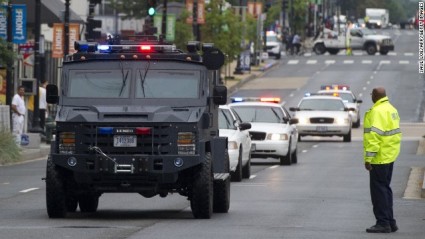 I was asked to comment on the Naval Yard Shooting in Washington that took place last week by the Washington Post Beirut correspondent and my remarks were featured in the below [article].

In Lebanon, news of the killings was overshadowed by the diplomatic push for Syria to relinquish its chemical weapons, which has eased concerns of a U.S. military strike on Damascus and the possible ramifications of such a strike for its smaller neighbor.

Najib Mitri, a prominent Lebanese blogger, said there was relief among Arabs that the shooter did not have a connection to the Middle East.

“What is happening in the area here is enough to tarnish our reputations already — the violence, the massacres. It’s a relief that this is not another opportunity to label us this way,” he said.

While Lebanon is no stranger to gun violence, plagued by corruption and groups that have not disarmed since the Lebanese civil war, the fact that a country like the United States was unable to prevent a gunman from breaching security at a naval base was unsettling, Mitri he said. He predicted a bolstered sense of national unity in the aftermath of the killings — something he said happened in Lebanon after recent bombings in southern Beirut and the northern city of Tripoli.

“The more you have weapons, the more you have crime,” Mitri said. “When something like this happens in your country, you stop looking at the political picture, and all that matters is that it needs to be stopped.”

While there are no clear studies that prove a correlation between Gun Control and Less Violent Crime, I will never understand why people are so eager to buy a gun and carry it around. Even in Lebanon where the security situation is bad, I can understand keeping a gun or any fatal weapon at home in case of a robbery but I would never put a gun in my car or carry it around for protection.

Personally speaking, I don’t even know how to fire a gun and I don’t have any weapon at home, because I am honestly not ready to have blood on my hands. If I ever consider keeping a weapon at home, I would join a Shooting Club, learn how to shoot and aim properly and only then buy a small handgun for emergencies.