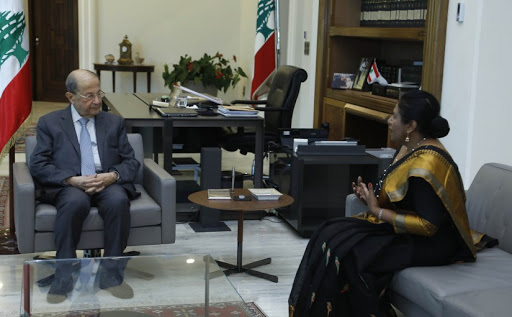 Two weeks ago, the Sri Lankan Ambassador met with President Michel Aoun and stated that her country had sent 1675 kilograms of Ceylon tea “for the benefit of those affected by the explosion”. However, after several media sources questioned on the whereabouts of this donation, the Lebanese Presidency issued a statement that the tea was was distributed to families of soldiers in Republican Guard Brigade.

Even worse, it wasn’t distributed to families of soldiers affected by the explosion, but all families of the Republican Guard Brigade, and media adviser to Lebanon’s Presidency Rafic Chlala, arrogantly mentioned today the gift was a “personal” one to the President.

Instead of distributing the tea along with all the aids coming in, the President considered it a personal gift and gave it to its surrounding? Like seriously?