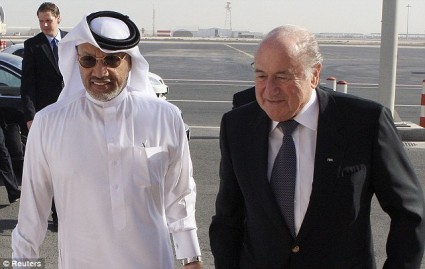 I was surprised when Qatar won the rights to host the World Cup in 2022 3 years ago even though I was sure they had the necessary means to organize a great tournament. However, there’s more to it than just money.

In fact, the decision taken three years ago is being reconsidered as FIFA’s President Sepp Blatter said and I quote : ‘There was definitely direct political influence. European leaders recommended to voting members to opt for Qatar, because of major economic interests in the country.’

Of course it’s normal for politicians to lobby in favor of a country, but the the Qatari state influence in the 2022 process was ‘unprecedented’ according to the same report, and holding the World Cup in Qatar might disrupt leagues worldwide as it needs to be held in winter to avoid temperatures of up to 50ºC (Air Conditioned stadiums, if feasible, did not convince FIFA’s chief medical officer). The high temperatures are as bad for the players as they are for the fans who would want to go out and not just hang out at malls and in the hotel.

Opponents of the move, including the Premier League, have argued that it will cause untold disruption not only to the 2021/22 campaign but to a season either side. To comply with Fifa rules, the football season will have to be suspended for up to eight weeks in either January and February or November and December of that year.

They argue there will be huge disruption to broadcasting partners, players’ contracts, sponsors and other sports that will be hard to resolve. Losing bidders for the 2022 tournament, including the US and Australia, are also unhappy at the prospect of the goalposts being moved.

Fox, which paid $1bn for the rights to show the World Cup in the US, is understood to be concerned about any possible clash with the NFL season while Frank Lowy, who led the Australia bid, has already called for compensation if the tournament is moved.

But Fifa, which is likely to ratify the decision to move to the winter in principle at a meeting of its executive committee on 3-4 October in Zurich, has insisted that the wording of its bidding documents gave it the right to shift the tournament and has insisted no compensation will be paid. 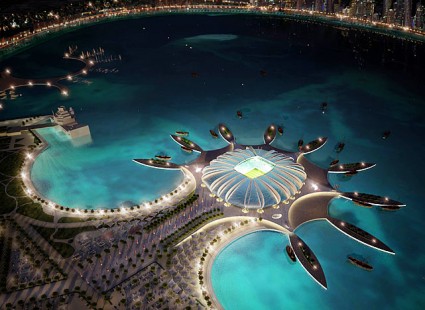 There’s also another issue which is related to the abuse of migrant workers in Qatar. In fact, it is reported that there will be at least one death per day till all the stadiums, hotels and road are built for the 2022 World Cup.

Personally speaking, the South Africa and Korea World Cups were major disappointments and I would rather have European countries host the World Cup, but I am curious and excited to see how Qatar will be able to pull out a World Cup, of course as long as they do so without causing the death of half a million workers. It’s an immense challenge and a first for Arab countries so let’s make the best out of it.

All being well, the 2022 tournament will be held in the winter. Just one niggling question remains: how many lives will be lost so that the Fifa World Cup™ can live up to its boast that it is the most successful festival of sport on the planet. “More workers will die building World Cup infrastructure than players will take to the field,” predicts Sharan Burrow, general secretary of the International Trade Union Confederation. Even if the teams in Qatar use all their substitutes, she is likely to be right.

Qatar’s absolute monarchy, run by the fabulously rich and extraordinarily secretive Al Thani clan, no more keeps health and safety statistics than it allows free elections. The Trade Union Confederation has had to count the corpses the hard way. It found that 83 Indians have died so far this year. The Gulf statelet was also the graveyard for 119 Nepalese construction workers. With 202 migrants from other countries dying over the same nine months, Ms Burrow is able to say with confidence there is at least one death for every day of the year. The body count can only rise now that Qatar has announced that it will take on 500,000 more migrants, mainly from the Indian subcontinent, to build the stadiums, hotels and roads for 2022.

Not all the fatalities are on construction sites. The combination of back-breaking work, nonexistent legal protections, intense heat and labour camps without air conditioning allows death to come in many guises. To give you a taste of its variety, the friends of Chirari Mahato went online to describe how he would work from 6am to 7pm. He would return to a hot, unventilated room he shared with 12 others. Because he died in his sleep, rather than on site, his employers would not accept that they had worked him to death.