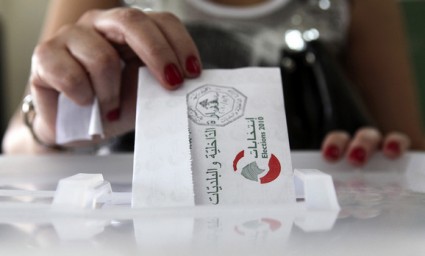 I’ve mentioned on several occasions the need to give municipalities increased responsibilities to enhance security and lower the crime rate in Lebanon, and it looks like it’s finally happening now due to the latest bombings and events in Lebanon. I’ve also suggested “setting up few useful apps for citizens to submit reports almost instantly” before the Lebanese Army launched ten days later the LAF Shield.

However I have few concerns when it comes to arming Lebanese municipalities knowing that you just need a clean criminal record and barely any qualifications (Brevet sometimes) to become a member of the municipality police in Lebanon. Of course I am assuming there’s no “wasta” involved in the recruitment process but we all know that’s not the case. Added to that, there are few heads of municipalities who could exploit this opportunity to form their little militia and commit wrongful acts such as harassing foreign workers and refugees (Which is already happening) or picking on certain people for personal or financial reasons.

Having said that, what I recommend is the following:

– Avoid arming municipality members and assigning one member of the ISF and/or another from the army to accompany the municipality police on their patrols or assist them on checkpoints.

– If it’s impossible to deploy an ISF or army officer for every town, one or two municipality police members should undergo a proper training by the ISF or the army and later on become eligible to hold a gun. Nevertheless, they should report to a joint unit formed of ISF and Army members for a specific area and not to the head of the municipality.

– If both are not plausible solutions, then the municipality members won’t be armed and will have to report any incident to a joint unit (ISF + Army) that should be able to interfere promptly.

What is needed the most now is money and equipment to allow municipalities to patrol their towns all day long and set up cameras and neighborhood watches. This will not only help prevent bombings and crimes but improve security on the long run and raise awareness among the town residents all across Lebanon. In that context, the Ministry of Interior should come up with a law that forces every town and village to allocate a certain amount of money for security-related equipment, training sessions, awareness campaigns etc …

As far as Syrian refugees are concerned, municipalities should assign specific areas in every town for these people and stop the illegal and racist curfew hours. After all, refugees are not leaving anytime soon and we need to figure out a way to co-exist, as well as monitor who’s coming in and out to detect any potential terrorist or troublemaker. Unfortunately, I think it’s a bit late for that but it’s better late than never.

On a last note, it is worthy mentioning that Minister Charbel did specify that there are plans put in place to enhance security, but I don’t have access to them, so let’s hope the concerns regarding arming municipality members were taken into consideration.