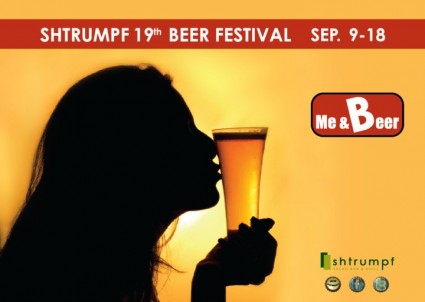 I went yesterday to Shtrumpf’s 19th Beer Festival and it was more fun than I had anticipated. Last time I went there was back in 2006 or 2007 when Shtrumpf was still called Schtroumpf.

I was expecting traffic once I got there, but it was well organized and we were able to park our cars instead of giving it to the valet, which is rare these days.

Unlike the previous years, we had to buy tickets at the entrance and wear a yellow bracelet before going in. Tickets were priced at 22$ per person including open beer and peanuts.

The festival was held outside around the pool as usual, with few corner lounges added to the setting.

Once seated, we got a beer mug each (relatively small) and there were waiters passing by all the time to check if we need a refill. The service was quite fast and the food we ordered came in a reasonable time. Beer however didn’t taste like Almaza was supposed to, as it was light and sweet. 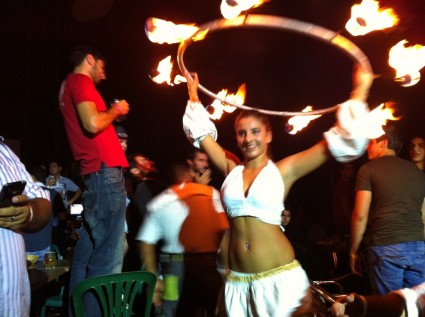 Around 10:30 pm, groups of dancers and artists took the stage and delivered some really cool performances keeping us entertained until Midnight. What was supposed to be a beer festival quickly turned into a wild party.

The whole event was very nice and the performances very entertaining. Your last chance of attending the festival is on Sunday as other nights are fully booked.