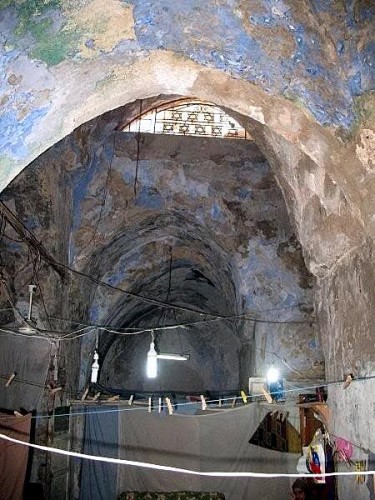 Prayers were said for the first time in decades in Sidonâ€™s main synagogue Monday, as two rabbis visited what is now the house of Palestinian refugees and other Jewish sites in the city, drawing the surprise of locals. Rabbis Yisroel Dovid Weiss and Alter Vaskhkal from the anti-Zionist Neturei Karta International movement toured the city years after the last of Sidonâ€™s known Lebanese Jews left, entering what was once a synagogue in the former Jewish neighborhood of the old city. [DailyStar]

Even though I am from a village close to Saida and I know the city pretty well, I didn’t know there was a synagogue there. I did some research and there’s apparently four synagogues in Lebanon, one in Beirut being renovated, one in Sidon and one in Aley. I couldn’t find any reference to the fourth one.

Beirut’s synagogue is located in Wadi abou Jamil quarter and its renovation, funded majorly by the tiny Jewish community of Lebanon and also by Solidere has begun in 2010. [Link]

For those interested, I found some really old pictures of Synagogues and Jewish neighborhoods that you can check [Here]. There’s also a YouTube video on the jews of Lebanon that you can watch [Here].

I think it’s really important that we preserve such monuments despite our ever-lasting conflict with the so-called Jewish state. 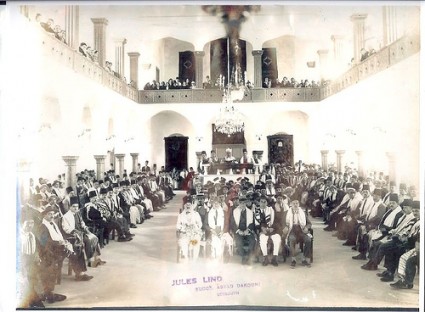