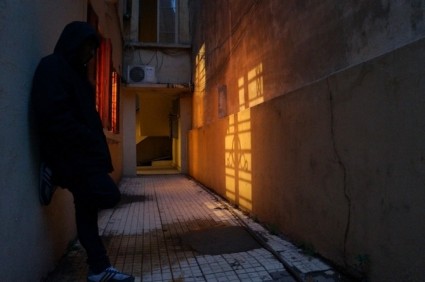 Vice interviewed one of Roumieh’s ex-inmates and asked him how it felt like to spend 6 months in the prison and get released after. The revelations are quite shocking to say the least.

Roumieh, Lebanon’s most notorious prison, is not somewhere you want to find yourself. The facility regularly holds up to 5,500 inmates, including some of the country’s most high-profile criminals—among them, former Israeli agents and Salafists linked with insurrections against the Lebanese state. The prison is yet to meet the minimum standards stipulated by the UN. Those who officiate the prison have also faced numerous accusations of corruption; high-security prisoners have escaped, reportedly without authorities even realizing, and prison guards and doctors have been charged with trafficking drugs inside its walls.

How rampant was the drug abuse?
I’d say 90 percent, or higher, of the inmates were using. It stretched from prescription drugs, like benzocaine and Tramol, to hashish, cocaine, and heroin. Everything is available: benzocaine being the cheapest, with heroin and cocaine the most expensive. There is no chance of rehabilitation. I remember one inmate saying to me, “The only thing they have imprisoned here is my dick.”

Some people had [homosexual] relationships, but they wouldn’t show it. Late at night or early in the morning, when most people were asleep or high, they would go to the bathroom. Two guys would pay the janitor a couple grams of hashish in order not to let anyone in for ten to 15 minutes. They wouldn’t be abused or ostracised, but if the sharwishe found out then they would be beaten up.