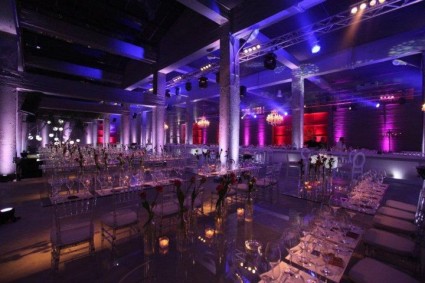 Weddings are getting more and more expensive in Lebanon and every year I see tens of new venues opening up, most of which are gardens in distant locations or up in the mountain. Solea V however is not a garden, neither a glamorous venue with an old Lebanese house up in the mountains or in some faraway village, but instead a warehouse located in the heart of an industrial area in Beirut.

It’s located in Jisr el Wati- Sin el Fil on the way up from Souk el Ahad. There’s Fattal right after it for those who know it.

I must say it’s quite daring to open a venue in such a location, whether it’s for events or weddings, but it seems like people are loving it as I heard there are already 5-6 scheduled weddings for the summer. I don’t think it will be any cheaper than other venues but it is an original venue that “has a very New York feel to it and is a great blank canvas for you to paint your event on.”

Personally I would rather go for traditional and outdoor venues, mainly because It’s much easier to plan and arrange and I don’t have enough time to plan such an event, but I could think of a few themes that would fit perfectly into that venue, such as a Middle Age tavern (or Asterix & Obelix theme) with beer containers, wooden chairs etc …

You can check out pictures of the awesome wine tasting party SoleaV and Riedel did to launch the venue.