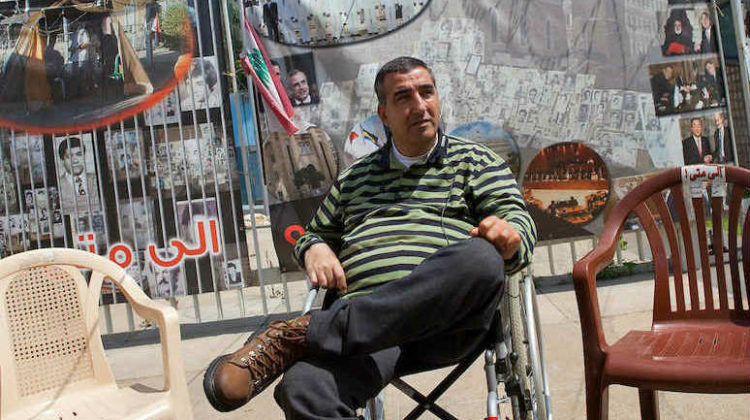 Hundreds of Lebanese families have been trying for years to uncover the fate of their relatives which are missing or still detained in Syrian prisons and Ghazi Aad, who founded the organization Support of Lebanese in Detention and Exile (SOLIDE) in 1990, has been helping them and keeping this issue alive ever since.

Ghazi has been doing everything he can to resolve the issue and called on several occasions for the establishment of a “commission of inquiry and mapping the Lebanese territories to define how many people disappeared during the war, from 1975 until 2005”, and a DNA database to identify the bones and remains of the bodies. All Lebanese governments opposed forming an international commission because it would incriminate not only Syrian intelligence officers, but also the Lebanese who cooperated with them.

He worked relentlessly for years and organized demonstrations against Syrian & Lebanese officials to keep this issue alive. He did all that not because he had a relative or a family member missing or detained in Syria, but because he wanted (in his own words) “to put an end to this practice and the agony of the families and retrieve our brothers detained by the Syrian Intelligence in Lebanon.” [Full Interview]

Over 17,000 Lebanese citizens went missing during the civil war, out of which hundreds were victims of enforced disappearance. The Syrian authorities refuse to acknowledge their detention and refuse to disclose their fate and whereabouts.

Unfortunately, Ghazi Aad was hospitalized yesterday and is in a critical condition. I read on LebanonDebate that he’s in coma since yesterday.

I don’t have more information regarding his condition but I hope he recovers quickly.